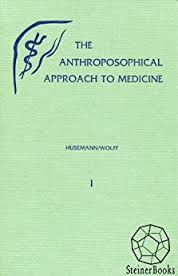 I was studying Dr. Husemann and Wolff’s, “The Anthroposophical Approach to Medicine”, when I came across this amazing passage regarding cancer, allergies and auto-immune diseases. It makes perfect sense that allergies are the body’s inept attack on the outer world and AIDS, for example, is when the body attacks the inner world. Cancer just doesn’t care anymore, frankly. People suffering allergies often feel frustrated and angry, inconveniently sniffling, sneezing (displaced climax), and eyes itchy and watery. It is an attempt at warding off a perceived aggressor, the allergen. If one wants to ride this wave to the core, we know that allergies are often caused by the unexpressed rage towards the mother. Ouch!

Innocent allergies can also be a precursor to cancer which is the secondary “anergic” phase, which is really a lack of immunity to an antigen. This is the phase of resignation. The body recognizes the foreign cells or tumor mass, but doesn’t use any of its inflammatory tools to mount an attack. The feeling is encapsulated in the term, “depression” or the word, “whatever” that we now hear so often. It is interesting to note that when cancer is cured, through Heilkunst medicine, we actually get to see the initial allergen phase be invoked again. All the bacteria and toxicity comes to the surface to be effectively treated. Exciting huh?

You see, we Heilkunstlers strive for expansive expressions of fever, sneezing, inflammation, or anything wet, hot, and juicy that indicates the body is becoming “excited” and exiting the sclerotic process. This is the process of buying into “life” by spontaneously emitting what comes up in the moment, simply because we can! We get pretty jazzed around Arcanum Wholistic Clinic when we watch our patients climb out of the pleomorphic cave of the disease process and start expressing mucus, heat, anger, grief, fear, guilt, and resentment. Now we can apply our tools to address these active diseases and get ’em out! Giddy up!

Unfortunately, if things reach the tertiary phase of self-destruction, the body will start to consume its own self through auto-immune disorders such as AIDS or flesh-eating disease. It is interesting that we have a whole arsenal to cure these diseases, but rarely will we be called in to do so at this phase. Often the persons with these diseases are beyond resignation, it is like they have bought the self-hate mandate and the sense of self, the “I”, is on a suicidal mission of self-destruction. It is torturous and sad to stand by and watch when you know you can apply the law of cure, addressing the cause, and truly aid the individual, enabling them to buy a ticket out of this spiraling matrix.

However, the self-love part is the toughest real-estate for these folk to buy, especially if it was never owned in the first place. Basically, if the state of mind doesn’t shift through remediation, the individual will sadly just re-infect themselves over and over again. In many cases it can take a year or two of regimen, principled medicine, and Reich’s Character Analysis just to rise from the pit of utter self-persecution and self-loathing. In fact, this is the state of mind that contracted with the disease in the first place. Unfortunately, the very expensive and suppressive allopathic model of treatment will just poorly manage these individuals’ decline and more typically hasten their demise by destroying what little immunity they have left. Actually, the same disastrous protocol is thrown at cancer too.

Please feel free to gander at the excerpt below and offer up a comment or two on this topic. We love the opportunity to discuss the meat of our work further.

The Anthroposophical Approach to Medicine The possibility of inflammation is an immanent function of the human organism and can be understood only in connection with its counterpart, sclerosis; in the same way, every human being is capable of allergy. Without this capacity, he would not possess the capacity for immunity; he would be anergic and would be subject to another group of diseases: on the one hand, the infections—foreign life that overpowers the organism; on the other, the sclerotic diseases, particularly cancer. Recent research shows increasingly that the cancer patient is in an anergic phase; his immune system is not in a position to “recognize” the foreignness of the cancer cell. In any case, this situation results in the destruction of the organism of the “self by the dominance of foreign formations (bacteria, viruses, cancer cells, mineral deposits). This shows that health is a state of equilibrium and does not consist in the absence of a reaction. Hyperergy and anergy are the polar deviations from the healthy state and both are pathological.

From this we can draw the therapeutically important conclusion that an excess may safely be limited, but a further displacement—for example, in the direction of immuno-suppression— must promote the opposite disease tendency, in this case, especially infection and cancer. It may be surprising that infection and cancer are considered together here, whereas infections are usually grouped with the inflammatory diseases, which stand in polar opposition to cancer. The present classification applies only to immuno-deficiency, which is under discussion here, and for the atypical disease course resulting from it. In the “healthy” course of an infectious disease, fever appears along with antibodies, leuko-cytes, etc. These reactions are the expression of an intact immune system and ideally result in healing. When the immune system is not functional, however, foreign substances (bacteria.viruses) overwhelm the organism, because it is too weak to defend itself. Fundamentally, the same process occurs in cancer, although in this case the cancer patient does not defend himself against the bodily cancer tissue because he is blind” to it and cannot “recognize” it as foreign. In a certain respect, the auto-immune diseases represent the opposite of this situation; the organism senses itself or parts of itself as foreign and acts against itself with inflammation, which ultimately leads to dissolution and destruction.

We have seen that the organic capacity to react allergically is not only the basis for higher functions, but also the expression of constitutional health. Beyond this, however, this reaction fulfills another task, which we shall describe. In principle, an allergy can exist or develop toward any substance; most often, however, it is protein or protein-like substances. This is understandable in the light of our description above of the essential nature of protein, since the etheric and astral bodies of the particular animal, for example, live in its protein; in man, protein is the carrier of his individuality. The sense for the “recognition” of such a substance as “foreign.” that is, the sense for self and non-self, can only be the sense for preservation of one’s own self from becoming foreign. Here we have the significance of the fact that protein is the substance most thoroughly broken down in the gastrointestinal tract and that nothing of its essential quality is taken into the organism. If this mucosal boundary of the gastrointestinal tract is transgressed, then an allergic reaction sets in to make up for the missing breakdown of foreign protein on another level; so it is really a form of self-preservation. The fact that this reaction in excess (anaphylactic shock) can lead to destruction of the individual does not contradict its fundamentally higher purpose.

If the reaction is suppressed repeatedly or for a long time, however, then the organism loses the ability to recognize foreign material, which is the case in cancer, or it forms foreign protein as its own body substance. Then the human being can no longer live properly as “I” in his organism; it has become foreign to him, and it is no longer possible for the spirit to unfold in accordance with the ego.