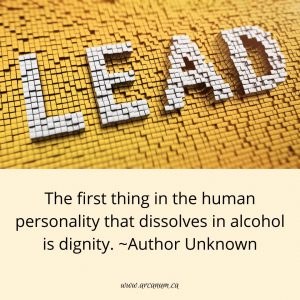 Nature is amazing. She can cure us or kill us depending on the dose rendered. For example, the deadly nightshade Belledonna can cure a high, hot fever in a child who has suffered a quick onset with red cheeks and red right ear if used homeopathically in a dynamically attenuated dose, however, if taken crudely, the grave will be your demise before morning. Healthy human discernment (ego) is the vehicle for determining exactly what is warranted in each situation.

While lead poisoning has symptoms from nausea to coma, its therapeutic value is used in Heilkunst medicine for the treatment of alcoholism. Just so you can see what I mean, I’ll show you a couple of excerpts on Plumbum from James Tyler Kent’s Materia Medica:

The activities of the body, the functions of the organs, are slowed down in pace. The nerves do not convey their messages with the usual activity. The muscles are slow in action, sluggish. There is first paresis and finally paralysis, of parts first and finally of the whole.

The mind is impaired, slow. Perception is slow. He memorizes with difficulty. Comprehension is difficult. He cannot recall words to express himself. The operations of the mind are slow. When in conversation with such a patient you will wonder what he is thinking about while making up his mind to answer.

There is sluggishness also in the skin. You may prick him and a second later he says, “Oh”, showing the slowness in feeling. You would expect him to feel the prick instantly. When you begin to conclude that he does not feel at all, his limb will jerk.

Does this remind you of anything? Maybe your Uncle Bob at last year’s family Christmas Party after two much spiked nogs? Unfortunately, it is getting more and more common for individuals to turn to vices to get through their mere mystical or mechanical existences. Joy and pleasure are only outcomes of a healthy sense of self, living the borderland between the polarity between the masculine and feminine principles or the will and surrender. Doctors Hausemann and Wolff, tout the use of potentized lead in their second volume in The Anthroposophical Approach to medicine in the following:

Alcoholism is another instance in which lead therapy is indi-
cated. Alcohol specifically paralyzes the ego functions in the
human organism. This is expressed in the disturbed upright
gait, speaking and thinking in those under its influence. It also
releases inhibitions, drives, and cravings that are no longer
controlled by the ego, and the astral (desires) body becomes manifest in
its animal nature. In addicted individuals, there is a relative
soul-spiritual weakness of the ego, which, under certain cir-
cumstances, may have developed secondarily through the addict’s failure to face a particular task in life.

The central idea being that past traumas have caused that individual to disassociate from their emotional issues, not pull them closer for examination and release.  So when day to day stresses become unbearable, the individual uses alcohol or other vices in order to mechanically disassociate from them further.  The opposite of alcohol abuse is connection and plumbum (lead) is a key homeopathic remedy to help one get there.