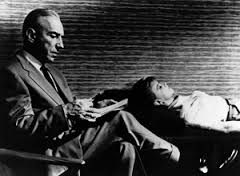 As we further our Anthroposophical Orgonomic Studies (The study of Man and the energetic force that drives him), we are now integrating the therapeutic pieces that enable us to treat the highest Ideogenic (spiritual diseases caused by false beliefs) that prevent the “I” (the ontic organization) from wholly penetrating into the human being. You may ask, what the heck does that have to do with me? Well in layman’s terms it means, way back before a disease ever shows up on an MRI, something occurred at the subconscious level within you. You actually made a spiritual contract to get the morbid little disease in the first place. Ugh! Now, that is a tough pill to swallow … believe me when I say, I know.

I also had to face the fact that the inch-and-a-half tumour in the upper half of my left breast was an emblem of how I’d tried desperately to rescue my baby sister, my husband and even my own children to the exclusion of myself. Cancer represents the un-lived life and due to the huge abandonment by my mother through suicide, I tried to fix everybody else based on the false belief that, eventually, I too would also be saved by one of them. Pathetic, I know, but I did this subconsciously since I was 8 and my little train did not veer much from these well-traveled tracks throughout my lifetime. I just kept repeating the same patterns over and over again.

So while I’d been to enough talk-therapists from the time I was a kid to actually be able to figure out who was a practicing Freudian, Jungian and Adlerian, all of them requested that I repeatedly tell my life story. <Yawn!> One old guy I saw in University, actually did not speak at all. He must have been a practicing “Mute-ian.” I remember feeling creeped out by him and I never went back. One therapist was strung so tight and rigidly that I felt compelled to ask her why she panted anxiously when she spoke. By the time I was in my early 30’s, I was no further ahead than when I was 16. I had talked a lot, but the volume of angst still prevailed. I would feel better for a short time and then slide devastatingly down a land-slide into the pit of dark emotions, terrified that I was mimicking my mother’s eventual demise by suicide.

So when I first came to Heilkunst medicine, there was the distinct break-away from the classical paradigm by prescribing multiple remedies based on Dr. Samuel Hahnemann’s true maxim, “One remedy per disease, as opposed to one remedy per person” as had been misunderstood up until the late 20th century. So when I arrived on the scene for treatment, “the medicine” was one of the three jurisdictions that was being wholly integrated into the whole system that now also includes Regimen (nutrition, hydration, dormition and exercise/coition) and Therapeutic Education and Medical Orgonomy. The latter now being applied for psycho-therapeutics based on Reich’s Character Analysis and the principles of Medical Orgone Therapy. The former is the diagnosis the latter the tools to access the e-motion.

So now that we can effectively focus on everything from bacterial infections, mercury toxicity, hormonal dissonance, genetically anchored chronic disease like cancer and heart disease, and also effectively get an individual to express the rage felt since infancy, we are now finding that regimen and medicine are creating a much more orgastic resolution. Where the remedy prescribed was not able to complete the action of the four-beat cycle, when the human being is softened by releasing the anger, the whole organism pulsates, perhaps for the first time ever.

I worked with a woman who had trouble with weight and was frustrated with her inability to control her over-eating. In only one session, she was ready to identify that her needs for nourishment were never wholly realized in infancy. Her mother was busy with her own work and her other siblings and it became clear that she was probably not picked up and never fed on her demand.  Food became a desperate gorging when available.  It was an outside in approach to what should have been a healthy self-governance.  She never learned to self-soothe without the use of food.

By harnessing her creative imagination, she felt into the heart of the experience of being denied and in the moment, she felt called to lie down and put her arms out before her and start to cry for her mother.  The memories of what it had been like for here were still stored up in her body.  The wail I heard at the other end of the phone was primal and raw. And then it changed, it became angry and frustrated, and then the most painful of all, she gave up crying altogether and went silent.  She relived her experience as an infant.

The process of e-moting by mimicking where the trauma occurred in the body produces the somatic release spontaneously. It is that easy. The unresolved e-motions come up like a string of pearls. I knew that her sound regimen wholly supported her structure and I knew that her completion of a couple rounds of Miasms has already helped to soften her armour. When I work with these patients, who have gone this route for their own treatment, they have in essence been readied, and qualify for these more Anthropological and Orgonotic therapies.

It is a great comfort to know that we are effectively able to harness nature’s wisdom as we begin to integrate Medical Orgonomy and Anthropological protocols, which include Flower Essences, Essential Oils, Anthroposophical medicines, homeopathic medicines and even advise patients on a variety of leveraging techniques, which includes sighing, Dr. Lowen’s Bioenergetic Exercises, which specific literature, films and music most resonates for you (as tested and confirmed with Bioresonance Feedback) to allow for the conscious exploration of this realm. Without these tools applied at the appropriate jurisdiction, Homo Normalis is kept armored and polarized up in their gerbil-like intellect, schizophrenically wedged away from their feelings and the nether psychotic content that is at the base of our power grid in our nether man.

So, if you are feeling trapped by fear, grief, anger, resentment, or you keep trying to pin the blame of your suffering on your partner, you may be ripe for therapeutic work in these Anthropological Orgonotic realms. We are now better equipped to leverage the blockages of the neurotic character types (Phallic Narcissistic, Passive Feminine, Hysterical etc.) that typically show up in people struggling with behaviors fuelled by these subconscious conflicts. The sado-mashochistic patterns that are used in attempt to navigate through hobbled feelings rather than from a fully charged orgonotic sexual seat are a smoke screen which gives way to true unbridled creativity, a clean desire function and the source of where e-motional power lies. At this point, “thinking” takes on a whole new meaning.