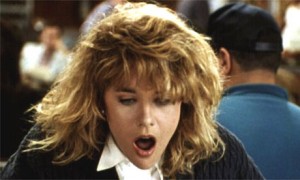 Most folks might be surprised to hear us describe part of the definition of health as achieving a state of orgastic potency.  What does that mean for the individual?  Dr. Wilhelm Reich wrote the most amazing grounded scientific observations about The Function of The Orgasm and what it means for our health and well-being.  The body is actually host to the most amazing reflexes.  If you see a baby startle in infancy, you can easily see that they have no control over this reaction from the feeling that they are falling.  Later on, we use our reflexes to instantaneously discern whether to react with fright or flight.  We gag if we get our toothbrush too close to the back of our throats and the Doctor will hit your “funny bone” to test your response to the reflex action in your knee.  Thankfully our diaphragm expunges airborne organisms with a sneeze or even salmonella rides out on the tide of the same reflex that causes you to vomit.  All this to say, your body has innate capacity to keep its core in “healthy, vital operation for the higher purposes of it’s existence” as per Dr. Samuel Hahnemann, the founder of Medical Heilkunst.

Again, you may ask why this is important?  Well the orgasm reflex is wholly designed the same way.  It is there, available to us, for a profound function.  It enables us to completely expunge the contents of our emotional, spiritual and physical bodies, resetting our autonomic nervous system and bathing us internally in the fountain of youth.  You find the same “youth-e-fying” hormones like serotonin and melatonin released in a person doing Kundalini yoga, painting or writing poetry.  These hormones make your eyes bright, your skin glow, your body labile, your mind flexible and your ideas original and generative.  Sex is not only about procreation, but when done right, it is a whole lot about co-creation.  Sexually potent folks don’t get Cancer and they know who they are and how they are meant to be in the world.  They fall prey neither to a one-sided mystical or mechanical mode of thinking … but rather have a capacity to behold the polarity of life and its apparent contradictions as a source of energy instead of confusion.

Reich sadly exclaimed that “sexual intercourse was being used mechanically” and that we are going dead in our eyes, bodies and the plasmatic excitation is limited to just “getting off.”  In fact, we are often using each other just as vessels for no more than upgraded masturbation.  I hear complaints of this nature, especially from women, all the time.  Reich said that less than 1% of women truly know an all over body, mind-blowing, consciousness re-setting orgasm.  What most of us are experiencing is a climax which can be compared to a genital sneeze as opposed to a convulsive, grandmal-like seizure of the orgasm.  Men still focus on the ejaculating as opposed to converting this energy into the generative tantric relationship.  Women are still feeling cut off energetically after the guy just “unloads” in them.  Sad really.  To be truly “taken” by this energetic reflex, and your beloved partner, is precisely what we work on with patients. Babies born out of this kind of love are phenomenally less armored and suffer less diseases.  It is worth every penny of Heilkunst Treatment to be able to achieve true orgastic potency.

If you watch the Ted Talk’s video below, see if you can spot the difference between Mary Roach’s take on the climax, which she is incorrectly referring to as the orgasm.  As a culture, we’ve sadly downgraded our expectations to a sneeze.  While her take on the “orgasm” is amusing, I actually felt the disappointment at the shortfall of her description by the end of the video.  What do you feel?

2 thoughts on “What’s the difference between a Climax and an Orgasm?”