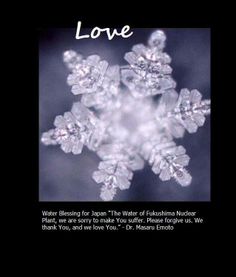 I just spoke with a new patient 5 minutes ago about drinking more water.  I had just typed his blood and noted how reluctantly it flowed to the surface after the wee prick to the tip of his finger.  When I asked him how much water he drank, he pronounced “not very much.”  He said if he were to drink, he would need to add a little sugary rose flavour from a syrup he gets from his local East Indian store.  While I agreed with him that this sounded delicious, I let him know that the syrup would actually change the molecular structure of the water rendering it more as food than pure water.  The body is made up of 80% sea water, and minerals (Sodium Salts, Calcium and Magnesium).  The molecular structure of water, which we know is 2 hydrogen atoms and 1 oxygen, is optimumally absorbed by the mesenchymal layer in our bodies and in turn nourishes the cells with it’s “expanding” quality.  Think about it – it is only a combination of two gases that make up this unique liquid which makes up more of our earth than land mass.  It is also the source for all living things. Water has the capacity to hold in its etheric body the pollutants from a lake, loving words as an intention, words of hate and anger as well as homeopathic remedies.  The science of homeopathy is really about spreading the message of a plant, mineral, or animal source over a larger surface tension, such as water; by introducing it to your body, its slightly stronger energetic message temporarily eclipses the natural disease in your mesenchymal layer.  Because the body represents about 80% of you, the rest of your mineral body succumbs, saying, “Ok – let’s go with the largest voting body!”  The ocean in you is informed – it knows! Rudolf Steiner called this the etheric body and it is where all sense impressions are born.  Consciousness is actually the result of the etheric imprints on your watery domain.  So it doesn’t take much to realize what happens to this process in a dehydrated person. Dr. Batmanghelidj talked about “Your Body’s Many Cries for Water”, where he illustrates his experience in the penal system and offering the inmates nothing but pure water.  He then documented resolutions to the men’s suffering of symptoms such as chronic headaches, digestive issues and even arthritis.  So much can be resolved simply by the person drinking more water. Dr. Gershon, in his book, “The Second Brain” describes how between 8-9 litres of water per day from inside our bodies bathe the large intestine of the last of the salts and minerals before that stool leaves the rectum.  If that water is unreplenished or “dirty,” this water is what our eyes, organs, heart and sex organs sit in.  Why not keep it as squeaky clean as possible? I served one woman who drank about 35 cups of coffee a week and less than 1/2 a cup of water per day.  More than three quarters of her symptoms cleared up by reversing the ratio.  Most folks don’t realize that you need about 32 cups of water to neutralize the acid from consuming just one cup of coffee.  Also, in Europe, coffee is always served with at least a cup of water, and you thought they live longer because of all the wine they drink.  Actually, it is because of the sex … but that is another article entirely! So where do you get the best drinking water in the world?  The Himalayas would be a great start.  A mountain stream untouched by pollution, flowing and moving over rocks that mineralize, naturally neutralizing acid, and pH’d balanced.   Perfect!  Before selling your house and moving to Tibet to become a serious water drinker, you can do a lot with proper filtration and then the key is to re-mineralize your water.  One option for the typical suburban situation is the Nikken water filtration system. In terms of the “living” quality of water and minerals in the water, it tested much higher than bottled or local tap water.  The other thing you can do is actually find a rock in nature that you resonante with and put it into your glass of water.  I’ve done this with rocks from the Canadian Shield, amethyst from Northern Ontario, quartz from Quebec and then I’ve observed how I feel.  The effects are varied and interesting.  Give it a try.  The principle is to find the most “alive water” available to nourish our very alive bodies. The other thing to note, as per Dr. Sax in his book Boys Adrift,  is that plastic bottles are estrogenic (produce estrogen in the consumer).  He cites that near dump sites in the Washington, D.C. area and the State of Florida that male fish are taking on female attributes and spawning eggs.  Male alligators in the swamp lands of Florida are showing shrinking testicles.  He also cites that the education system is geared to spawning more female teachers and that the additional estrogens could be feminizing our boys and men.  In our clinical observations, the passive feminine male as a character type is becoming a more prominent phenomenon, and is partially connected to drinking out of plastic bottles.