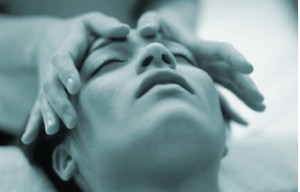 According to Wilhelm Reich, there is a basic contradiction between human longing for freedom and our biophysical incapacity to accept it.[1] In other words, our ability to be entirely self-regulating individuals – – invulnerable to false authority – – is a function of our physiology. Reich observed that our character structure, which determines our capacity for resonant relationships, fulfilling work, and inspiring studies, is rooted in our (oftentimes chronically rigid) musculature.

This clinical insight informed his advice to psychotherapists that “in explaining the reasons for the failure of a particular case, the analyst must avoid statements such as that the patient ‘did not want to get well,’ or he or she was not accessible; for this is precisely what we want to know: why didn’t the patient get well, why wasn’t he or she accessible?”[2]

In view of the most challenging cases, Reich would more readily accept the limitations of his therapeutic technique than conclude that the stubborn individual sitting across from him simply did not want to get better. His clinical success with so-called masochistic patients supported his claim that even those who inflicted pain on themselves were motivated by the pursuit of pleasure: their muscular structure simply could not tolerate the expansiveness that pleasure generates. As such, their self-mutilation was actually a source of relief for them: they were too armored to take up the reins of a healthier, happier, life. But they certainly wanted (i.e. cosmically longed for) freedom. The question for Reich was: (how) could this freedom be attained?

A testament to its seeming indelibility, Reich recognized that armoring is a function of civilization: its specific purpose is to hold back and assist individuals to conform and thus reduce anxiety. Rather than yell and threaten to kill his father, for example, Reich observed that an enraged child would rather tighten his throat, which, over time, would develop into a stutter.

By Reich’s account, we are a hobbled, diseased, flock of subservient patrons. And, since armored parents raise armored children, armoring is a self-perpetuating pandemic. Seemingly necessary to preserve the status quo, it enables us to conform to societal expectations. But, in order to do so, we often have to deny what we really want. We literally have to tighten our bodies to prevent the energy mounting in our loins from running amok.

So where does that leave those of us who want to emote freely and have the capacity to surrender to life’s many pleasures? Reich identified the futility of any mass overhaul of societal norms and, towards the end of his career, found most hope in prophylaxis by informed child rearing: “We cannot tell our children what kind of world they will or should build. But we can equip them with the kind of character structure and biological vigor which will enable them to make their own decisions, to find their own ways, to build their own future and that of their children, in a rational manner.” [3] But, along the way, he also developed therapeutic techniques to help his patients soften the chronic armoring that had a clamp down on their character structures. And, while I can appreciate Reich’s eventual emphasis on prevention, right now, it is the de-armoring aspect of his work that I find most relevant. I certainly care about future children, but my immediate interests are in learning techniques to soften my own musculature, break through my own armoring, and transmute my own character structure. This is why I am impressed with the de-armoring arsenal at Arcanum. This is also why I have recently become so interested in the Bowen Technique as a modality to complement my future Heilkunst practice.

I was initially captivated by this hands-on technique when it was used on me after I dislocated my shoulder. It was a serious injury (I had left it dislocated overnight to tend to in the morning) and the prognosis was quite bad. Dissatisfied with the options laid out for me, I flew across the country to my trusted Bowen practitioner who restored full mobility to my arm in a single session! While the long list of acute and chronic ailments (http://www.boweninstitute.ca/bowen/conditions.html) that Bowen can address continues to amaze me, as my studies of this technique progress, I am increasingly interested in its de-armoring properties. Over the course of my training, I continue to notice a profound shift in the character structures of my classmates and myself. We are all softening at the touch of each other’s “Bowen Hands.”

Bowen’s efficacy is often attributed to its ability to re-balance the Autonomic Nervous System (ANS), where the body’s self-healing mechanisms are governed. The ANS controls over 80% of bodily functions and is very susceptible to external stressors. In our fast-paced society, most people we encounter are living in a constant state of high stress and sympathetic dominance. Bowen catalyzes the transition from sympathetic dominance to parasympathetic dominance, which is necessary for healing to take place. Expressed differently: it is also the state our body needs to be in to release chronic armoring.

When Reich questioned what produces chronic muscular contraction, his investigation led to the realm of the vegetative nervous system and the basic antithesis of vegetative functioning. He found that “excitation of the sympathetic nervous system causes contraction, which is felt as anxiety. Parasympathetic excitation causes expansion, which is felt as pleasure. It is chronic sympatheticatonia, therefore, which causes and maintains the armor, which in turn maintains the neurosis.”

After a Bowen session, when I feel my body shift into parasympathetic dominance, I know that it is in the requisite state to disarm itself. The gentle rolls over my muscles and connective tissue inform my nervous system of the state of tension in the musculotendinous tissue, which then responds to finally break the vicious cycle. I experience profound relaxation and my entire body is restored to a state of grace, no longer chronically compromised by social pressures. It is more labile and flexible and free to arm and disarm itself as appropriate. It is – – or should I say, I am – – no longer in a constant state of emergency.

True: I will never forget the immediate rehabilitation the Bowen technique granted me after my accident. But it is the overall softening and openness to pleasure that I am most grateful for and most interested in carrying forward.

To participate in Carol-Ann’s Bowen clinical, contact her at: cagalego@gmail.com