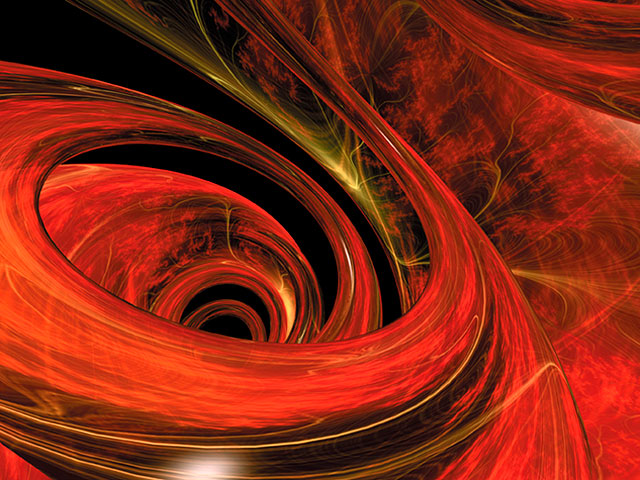 “Countries like ours are full of people who have all of the material comforts they desire, yet lead lives of quiet, and at times noisy, desperation, understanding nothing but the fact that there is a hole inside them and that however much food and drink they pour into it, however many motorcars and television sets they stuff it with, however many well-balanced children and loyal friends they parade around the edges of it…it aches!”

As I was pondering how to go about this, I realized that it would be best if I warned some members of our audience at the onset. If you are strictly embedded in the material, mechanistic world and not able to entertain the possibility of a viable and reliable spiritual science, please back away slowly. Honestly, I say this for your own protection. It is just going to upset you anyways, so close the lid of your computer or go check your Twitter stream instead. Believe me when I say, that it is just as difficult for me to discuss this subject matter (using the term loosely of course) as it may be for you to entertain it. We are all mired in matter and sometimes, it is best if we don’t jostle the mechanized apple cart before we are ready.

That being said, our chemical, traditional scientific intellects have descended into matter just about as far as we can push it. The Internet bodes well for this capacity to extract any piece of information that we need. It takes less time to research anything than ever before. For example, I can look up a drug’s pharmacological chemical composition and know the drug/herbal/nutrient contraindications so fast, it makes my head spin. And it does! However, this capacity has not wholly afforded Allopathic, chemical science to be able to cure the cancer state of mind before the tumor erupts, reverse the onset of the symptoms in instances of the common cold or even effectively address arthritis outright. If chemical science is so adept, why are diabetes, heart disease and autism spectrum disorders on the rise?

Chemical drugs, while brilliant in limited acute situations, fail at treating the root cause of chronic disease. Like you, I do not want to be awake during general surgery if I should need to go under the knife in an emergency. However, drugs used long term for chronic disease are the number one killer in North America as per Dr. Mercola, and their chemical properties often cause a host of side effects and add an iatrogenic insult needing to be mopped up separately from the disease as the body holds the cellular toxicity from vaccines, including thimerosal (mercury preservative), for example, for up to 60 years. We will see the chemical and dynamic residue come up in our CoRe Bioresonance Feedback sessions with our patients, so scientifically we know it is there.

Dr. Samuel Hahnemann, the founder of Heilkunst Medicine and the principles of Homeopathy, fully understood the issues plaguing material and immaterial science when he touted, “If it does not give relief-speedy, mild and permanent relief – then, by a publication of the duly – attested history of the treatment according to the principles of the Homoeopathic system strictly followed out, you will be able to give a public refutation of this doctrine which so seriously threatens the old darkness. But I pray you to beware of playing false in the matter.”* Hahnemann has been quoted as saying that he saw more patients die from their treatments than from their natural diseases. While he started out as an Allopathic Physician, his ethical centre propelled him to leave his burgeoning practice for lesser pay as a translator where he was illuminated by a Dr. Cullen’s use of an herbal tincture derived from the Chinchona tree in South America in the effective treatment of Malaria. 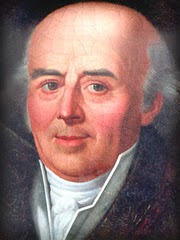 Dr. Hahnemann decided to try a dose of chinchona himself first and didn’t he suffer fever, chills, aches and pains very similar to someone suffering malaria? As a result of being an observational scientist, he began to offer the same experience to some of his medical students at the College in Germany where he taught. And the results were the same – they all came down with Malaria-like symptoms. Nature is very consistent! Now, Hahnemann knew that the Father of Modern Medicine, Hippocrates had touted not only the maxim, “First, Cause No Harm,” but he had also said, “By similar things a disease is produced and through the application of the like is cured.” Aristotle, too, observed that, “Often the simile acts upon the simile.” Hahnemann’s research, in turn, led him to lay down in Latin, “Similia similibus curentur”, or more simply, “Like Cures Like.” The art and science of Heilkunst medicine was founded on the basis of this homeopathic law and the first remedies prescribed on this basis. No other system of medicine known to man today has the same reliable and sound principles. They wholly stand alone and have little to do with the individuals who use them, as they are independent laws of nature just like gravity. 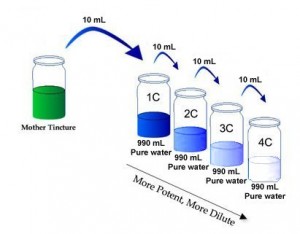 Hahnemann started by giving his students, and then patients, very minute doses based on these scientific Provings. While he was still in the realm of chemical science, he found himself diluting and succussing; pounding the bottle lightly against a surface like the palm of your hand (Hahnemann used a leather-bound Bible) in order to invigorate the solution with the force of dynamization. This latter action being very important as it imbued the water with an energetic impulse mimicked in nature called the vortex. This is the way energy travels naturally, imbibed with radial and spherical forces. 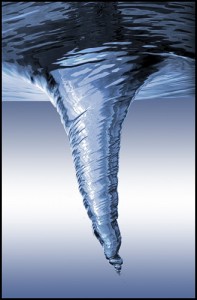 Hahnemann observed that he was inclined to give increasingly diluted doses in order to prevent any side effects from the drugs given in their conventional crude form. He eventually succussed the drugs right out of corporeality, passing Avogadro’s Law of 6.022 X 1023 where the proportionality of the constant (crude nature) had left the material, corporeal world and entered the realm of the arcana. This was, and still is, the precise point where material, chemical science left to become immaterial, spiritual science. However, to Hahnemann’s surprise, the efficacy remained and was even enhanced affecting not only the physical, but mental, emotional and spiritual karmic levels as well.

As mentioned in my previous blog, Why take a remedy?, Dr. Emoto has done some incredible photography of how water can record the most spectacular images of words, music or sounds outside the realm of chemical science. The crystals that make up the molecular structure of water can be measured and illustrated under a very high-powered microscope to show that water can hold the cellular memory of even a thought.

This too is how prayer works. In the book The Secret Life of Plants, electrodes were put on a plant and hooked up to an aquarium full of krill (shrimp-like organisms). In the experiment, the krill were killed instantaneously and the plant hooked to the electrodes reacted violently on an oscillograph. Another experiment was also done where the owner of a plant that was also hooked to the same tool of measurement was hit by a car in a large city a plane ride away.

At the point of contact and injury of the human, the plant reacted violently again, showing a reaction on the oscillograph. Messages are being communicated through the ether and picked up in the watery domain of living and seemingly more inert beings constantly. Our etheric, watery domains, represent about 80% of our entire physiology and so by impressing conscious remediation on the basis of law, we have the capacity to cure … with nothing less than our thoughts; provided that they are slightly stronger than the natural disease!

In The Book, Where Science Meets Spirit Matter; Energy and Consciousness are the Same Thing by NoR (a group of researchers) they surmise that, “Quantum physics can show that the apparent ‘materiality’ of the world is no more ‘real’ than a dream-image; that ‘consciousness’ is a vital element in understanding the true nature of reality. The world that seems so solid and separate from you has been shown by quantum physics to be a trick of the senses. A number of eminent physics professors have stated quite clearly that ‘matter’, ‘energy’ and ‘consciousness’ are the same thing.” A remedy, then, is just trained or finely honed human consciousness.

There it is! Don’t say that I didn’t warn you at the onset of this blog article!

The next questions arising out of this phenomenon then becomes the ethical nature and health of the individuals who deliver this “finely honed human consciousness” for the deliverance from human suffering. More grist for another blog? We’ll see!