When asked to explain what I do, and what Heilkunst is, I often find it difficult to find a good starting point. The first thing I do, is to search for common reference points that the person I’m speaking with would be able to relate to, in order to help them find their own way to understand it. Lately, I have invented the phrase “Naturopathy 2.0” as a way to help people bridge from the familiar world of natural medicine, into the new and unfamiliar world of Heilkunst medicine. Such a discussion is also important to engage in with each new patient in my clinic, so that they understand how exactly we’re going to be resolving their health concern(s) at the root level.

The well-known field of Naturopathy is relatively easy to grasp, at least in terms of its very basic idea of using medicinal herbs and plants, as well as basic nutritional principles. Naturopathy increasingly appeals to those who wish to avoid pharmaceutical medicine, and all of its toxic side effects, and is chosen as the safer, gentler alternative to Western conventional medicine. Naturopathy is the obvious field that Heilkunst is compared to, but we’ll see why this assumption is fundamentally misguided. While they both draw on many similar modalities of treatment, they each are built on very different underlying philosophies of healthcare.

When they are first introduced to it, most people usually assume that Heilkunst is another branch or variation of Naturopathy. There is a lot of truth to this, as both systems draw on many similar modalities of treatment. Fundamentally, though, this is not true in terms of the underlying philosophy of health and treatment which each system holds, whether implicitly or explicitly.

While the typical understanding of Naturopathy is that it is the alternative to Western medicine, these two approaches are actually just variations of the same underlying philosophy of healthcare. To put it simply, they are both practical applications of the idea that treating illness or disease is based on a successful manipulation of substance towards a point of greater balance and health. Treatment, within these systems, begins and ends with a manipulation at the molecular or bio-chemical level to alter the affected system (whether brain chemistry, blood composition, and so on), to the point of improvement of the symptom at hand.

For example, where conventional medicine would prescribe a pharmaceutically manufactured antibiotic to fight an infection, Naturopathy would use a naturally derived herb or mineral which possessed antibiotic properties. Or similarly when treating depression, the difference in prescription amounts to a pharmaceutical antidepressant as opposed to a herbal or nutraceutical which has an antidepressant effect. While the modalities contain a number of differences, the underlying goal and effect amounts to more or less the same thing. As I wrote recently, both systems default to a kind of “skeet shoot of symptoms,” just using different guns.

We can see this at a practical level, in terms of how the fields of Conventional and Naturopathic medicine are becoming more and more formally and legally reciprocal in terms of their intertwined systems of cross-referral, as well as diagnostic labels.

What makes Heilkunst so different from this? While there is no question that Heilkunst treatments will affect very dramatic changes in the patient’s health at all levels, including the visible and familiar substance level of symptoms, this is not the primary aim of treatment, nor is it the foundation of diagnosis. (I’ll write much more about Heilkunst diagnosis in forthcoming blog posts.) 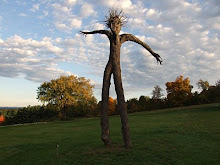 The central point of diagnosis and treatment within Heilkunst works directly at the level of causation — eliminating the origin of the symptoms in question is always the primary aim of treatment. Modalities which help the patient to find relief from their presenting symptoms are also used, but always as a supportive measure, and never considered to be more important than the primary treatment goal of removing the cause(s).

I particularly enjoy what is evoked by the term “Naturopathy 2.0”, as a play on the term “Web 2.0” — Heilkunst is not simply an iteration of Naturopathy, or an evolution in technique, but a radical revolution in conception of health and disease. Likewise Naturopathy “1.0”, as well as Conventional medicine mirrors the original Web (1.0), which was set up in the old media model as a means of dissemeniting information from the “top-down” — from the big corporate bodies to deliver information and commercial activity to the masses of consumers. The revolution of Web 2.0 mirrors the medical revolution that Heilkunst (“Naturopathy 2.0”, as I’m calling it) instigates within medicine, where the patient, as a unique individual, is treated from the inside-out, and as a co-creator of their own healthcare as a transformative process facilitated by their Heilkunst practitioner. This is very different from the “outside-in” approach necessitated by a substance-worldview of health and medicine. Two-way participation between practitioner and patient becomes the new model of diagnosis, as opposed to the old one-way, detached “observation” made by the Doctor of the patient.

The “Naturopathy 2.0” revolution that Heilkunst is, while appearing to use many of the same treatment modalities, is working instead to remove the patient’s symptoms in a very different way — it happens as a by-product of a much deeper process of transformation, and re-claiming of all of the missing pieces of mind, body, and spirit. Patients come to Heilkunst with their symptoms, and leave instead expressing a fuller version of their essential selves.