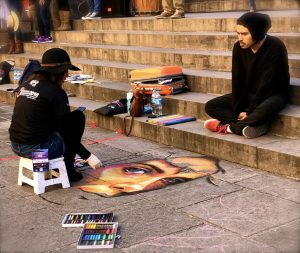 First dates can be full of so much anticipation, hope, and anxiety. It’s much the same the first time I work with a new patient. Most patients bring to me their sufferings, along with their hopes to find a cure for it. After the initial assessment, where I’ve learned as much about the patient’s health as possible and developed as clear a diagnostic and treatment map as I can, I send them off with my advice and remedies, with a full sense of anticipation for how they will be when they return 1 month later.

There’s a very subtle, but very crucial shift which I often discern when a patient returns for their first follow-up. As Dr. Hahnemann described it so beautifully in aphorism 253 of his Organon:

In the case of an ever-so-slight beginning of improvement a greater comfort, an increasing composure, freedom of spirit, increased courage, a kind of returning naturalness.

Often, it will be outside the patient’s awareness, and it takes some direction on my part to point out to them what I notice as having changed. Small differences such as the tone of their expression or body language, or even small shifts in some of the patterns of their symptoms they listed the previous month. Until these are pointed out, the patient often has not made contact with this within them self. This is very similar to the same thing I pointed out yesterday about not understanding the difference between a symptom of illness and a healing reaction. There are a certain number of patients who ARE in contact with themselves at this level, and return to the consult room bounding and full of excitement at what the remedy is starting to do for them, and they can’t wait to find out what we will be doing next.

These first remedies I give the patient behave very much as the military use of depth charges, which are used both to assess what’s below the surface, while also causing initial damage to the enemy. The subtle art of conversation on a first date often serves this role of planting certain “depth charges”, to test if certain undesirable elements are hidden below the surface, or if there is likely a safe passage forward.  The subtle and observable shifts and changes that the patient comes back with their second visit are very good qualitative indicators for where the disease has penetrated to different depths in the whole economy of the patient’s life energy. I always anticipate with excitement what kind of shift in their energetic picture the patient brings on their second date, and the much greater clarity I will now be able to bring to their treatment plan.

Tagged on: Assessing improvements in health, Direction of cure, Diseases deep below the surface, Is my health improving?, photos, Qualitative diagnosis