There is a lot of confusion about what homeopathy is, and how it works. There is much heat generated in public discussions around the point about how the remedies are made, and whether or not it is possible for them to have any medicinal effect whatsoever, since they have been diluted past the point of having any single molecule remaining of the original medicinal substance. Before we get into the heart of that discussion (which I’ll do in another blog post), we first need to clarify something even more fundamental to this issue. The problem with beginning the discussion at that point, is that the word ‘homeopathic’, has itself not been clearly understood. The diluted or potentized medicines which I referred to above are generally wrongly called “homeopathic remedies”, as if it is the dilution or potency of a medicine which is what makes it ‘homeopathic’. The origin of the word ‘homeopathy’ literally means “similar suffering”, which is the principle of application of the ancient “law of similars”, or “like cures like”. To begin with, then, what makes a medicine homeopathic is its relationship to a given disease, regardless of whether that medicine has been diluted, or not. The pharmaceutical drug Ritalin, for example, is actually a derivative of the drug speed, and its application to children with ADHD (ie children who are “sped up”) is a form of homeopathic prescribing. 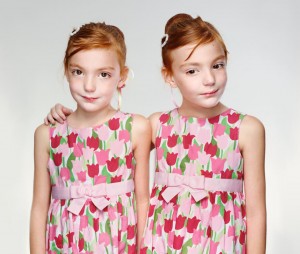 Once you start to fix in your mind this concept of “the law of similars” indicating a qualitative relationship between the medicine and the disease, rather than referring to anything about the quantity being prescribed, you will start to understand the whole issue with a lot more clarity. To crystalize this concept even further, let us consider some other common examples of similars being applied in various life situations, beyond the usual medical context of a substance (ie drug) being consumed:

All of these are examples of the law of similars, or homeopathic prescribing, and don’t necessarily involve the use of any medicinal substance or drug. In fact, as you can imagine, these kinds of examples are happening all of the time, and often unintentionally, and not part of a formal therapy. The whole science of homeopathy is simply a systematic method for intentionally applying this principle in a clinical setting to get predictable results. Life may randomly trigger these homeopathic experiences for us at any point in time, but the purpose of the rational, scientific mind, is to apply this principle at the right time, and in the most optimal dose and potency.
Tagged on: Art and archetype as remedy, Experiences as remedies, law of similars, photos