I like explaining Heilkunst from two very different perspectives. What I like to call “little H” Heilkunst, refers to the specifics of the modality as far as what types of agents are applied therapeutically, and what the unique mechanics are of this form of treatment. In contrast, the “big H” Heilkunst refers more to the general philosophical meaning of Heilkunst as an umbrella standing over the entirety of healthcare, creating a common definition of health and disease which each modality is contextualized within. 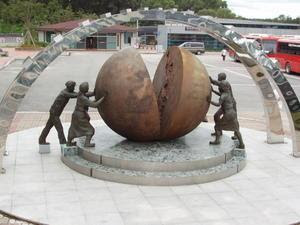 Most people are used to hearing about different healthcare modalities in the terms in which I describe the “little H” Heilkunst. They want to know how it works, what to expect inside the consult room, and what makes the modalities unique. This description of “little H” Heilkunst includes the full spectrum of how we use homeopathic remedies, including sequential timeline treatment; also, it includes the broad array of approaches we take to helping getting a patient’s lifestyle onto a better course, including diet and exercise plans. In fact, when you look at the range of modalities within “little H” Heilkunst, you get a picture which is almost indistinguishable from the typical naturopathic practice. This is often the best beginning point, as it starts with a common reference which people can wrap their minds around, and have an easy way to relate to.

The other side of this equation, when there is an appropriate time to talk about it, what I call the “big H” Heilkunst, involves discussing a much broader philosophy and conception of healthcare. In fact, when we are discussing Heilkunst at this level, the main idea behind it is that it is, in fact, not restricted to any one modality, but rather defines itself in terms of its specific definitions of disease, and progressive stages of health, and then how to plug each and every possible modality in at the right time and place in order to move the case forward. You could say then, in this sense, Heilkunst in the these broadest terms is actually a scientific method for coming to understand each modality and how it fits within this overall framework of health and disease. Anything which is consciously applied to move a case forward in these progressive stages of health, is by definition a part of Heilkunst. The key word in the previous sentence is ‘conscioiusly’, which is the basic requirement of a scientific method.

It is as if Heilkunst were the centralized directory of healthcare, philosophically and scientifically speaking, which has the purpose of organizing and properly sequencing the entire range of healthcare modalities. You could say that this offers the promise of a truly integrated system of medicine – that is, not just the usual way people integrate different modalities by putting them under the same roof within a clinic setting, but the integration which must primarily happen at the conceptual and scientific level in order to properly extract the meaning of each modality, and how it potentially couples or sequences with all other healthcare modalities.

This “big H” Heilkunst is actually a very large concept, which is why most conversations about it will start with the “little H” version of Heilkunst. Without the types of insights from “big H” Heilkunst, though, the challenge with our current world of natural medicine, is that it has not broken out of the old mode of thinking (mechanical, reductionistic) of conventional medicine, and is at risk of simply becoming a gentler imitation of it.