I recently wrote about the little girl who was obsessed with the thought of being arrested and put in jail, and how this wasn’t getting any better until I figured out that I was using the wrong remedy for her state of mind (I was using Lachesis which is related to guilt in the sense of not being good enough, while she needed the remedy Medorrhinum which has more the sense of guilt linked to having done something morally wrong).

This story reminds me of another similar remedy lesson I learned, and happens to fit into the Valentine’s theme of love (although in a bit of a different way). I had a patient who was very ANGRY ANGRY ANGRY all of the time! Angry at her housemates, her boss, her family, everyone and everything! Not only did she have a high energy fuelling this emotion, but behind everything she did in her life. She was always doing or trying something new, and never sat still for a moment. 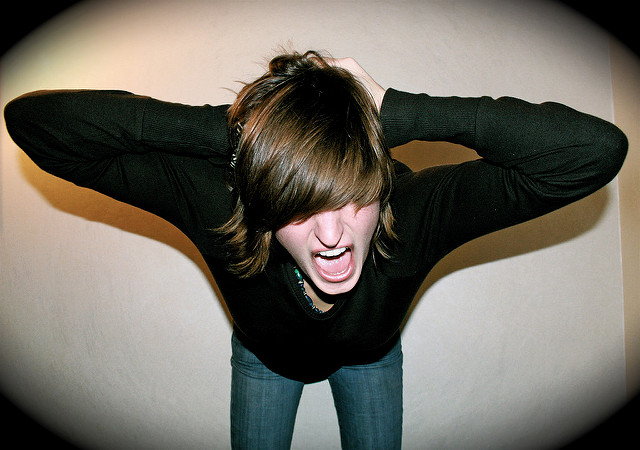 Well, just like the Lachesis which I ineffectively gave to the little girl for guilt, I was also ineffectively giving this woman Staphysagria, which is one of the primary emotional remedies we use for issues of anger, betrayal, or victimization. But it wasn’t working. Not even a little bit. She’d come to her appointments and tell me through clenched teeth that the remedy wasn’t working. While we were getting improvements in some other health issues, this one wasn’t budging.

I was more experienced at this point, so it didn’t take me long to realize that I had to go back to the drawing board. I reviewed the whole case, and realized that it wasn’t at all a Staphysagria kind of anger, but another remedy — Tuberculinum, which is one of the chronic miasms, or genetically inherited disease patterns in the family tree. The anger of Tuberculinum isn’t one of being victimized or betrayed (ie theStaphysagria pattern), but rather the feeling of being held back or prevented from making contact with one’s true love or desire function — the anger of this remedy is one which is attempting to burst out of a confinement, and make contact with their heart’s desire. Think of all the incredible love stories portrayed in book and film, where the main characters travel tremendous distances over impossible barriers to reach their love — this is the energy that is driving a Tuberculinum patient. The anger and the irritability of this remedy are actually seeking love, rather than justice (which is what Staphysagria is seeking).

In a certain sense, then, you could call Tuberculinum the disease of the fundamentally broken heart — the heart which has been separated from its true love (think of not just a human love partner, but any creative activity which one hasn’t been able to make contact with, for whatever reason). We live in a time and a culture where the needs of the “head” are extensively catered to, but which leaves so many broken “hearts” littered on the landscape, having been prevented from discovering and activating their true talents and creativity.

After one single dose of Tuberculinum, this patient returned for her next appointment as calm as a sleeping kitten, and truly having found a peace within herself that she had never experienced before. The constant chaos that was her mind had evaporated, and she was looking at her life with a clarity and perspective she had never had before. Whew! What a true relief (more for her than me) to hit upon this remedy!

3 thoughts on “A Different Kind of Love Story”