Previously in this series on physiology, I described the difference between the radial and spherical forces, as the fundamental polarity which every process is built upon. Today I want to describe another basic perspective we use in understanding physiology as applied in our diagnosis, namely, the four bodies of the human being. 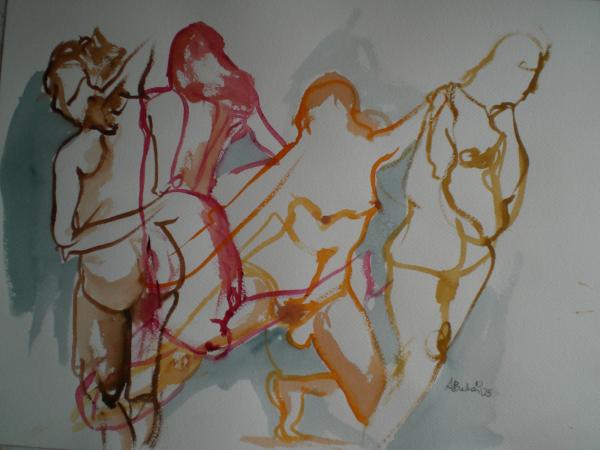 The first and most obvious body is our physical body. It is what we have in common with the mineral kingdom — our skeleton, and all the tissues which we are made of. It is the primary object of study within conventional medicine, as witnessed by the “annual physical,” as well as any number of diagnostic technologies which focus on some aspect of this physical body (x-rays, blood tests, etc.). It is interesting that the “annual physical” is supposed to be yearly, as the cycle of renewal of the physical body is about 1 year.

Our etheric body is what we have in common with the plant kingdom. It is more subtle than our physical body, and is what governs all of our living functions. Metabolism, process of nourishment and growth, and all forms of healing and cell repair are governed by it. The etheric body on its own isn’t conscious, beyond the level of “vegetating,” as someone would be in a deep sleep or even in a coma. It has a monthly cycle of renewal, and is the basis for our monthly follow-up cycle with patients, as disease is primarily lodged into the etheric body.

The third is our astral body, which is what we have in common with the animal kingdom. Elements of movement, desire, passions, and emotions make up the function of this body.  It is the body through which we feel resonance with something. The consciousness of an animal illustrates the division between an outer world and its representation within our inner world, and is akin to the level of “dream consciousness”. It has a weekly cycle of renewal, and is illustrated, for example, by some businesses which have a weekly planning meeting, to course correct the activities and direction the business is heading.

The fourth body is unique to the human being, and is what we call the ontic organization, or simply ‘the self’. This first wakes up in us at around the age of three, which is typically around the time of our first memory. The so-called “terrible” twos and threes is all about this emergence of a self-aware separate individual giving birth to their own “I am”. The example of autism illustrates  what happens when this birth is blocked or impaired for any number of reasons. The ontic organization has a daily cycle of renewal, which is why we are prompted sometimes to say “Let me sleep on it”.

There you have the four bodies — in future posts, I’ll expand more on how they interact with each other in health and illness, as well as how they each related to other aspects of our health in general, as well as our natural growth and development phases in life.