The mode of diagnosis in Heilkunst works in a unique way, as I’ve explored in recent blogs. At first it is difficult to understand what Dr. Hahnemann meant when he instructed the Heilkunst Physician to “participate” rather than “observe” the patient. What exactly does he mean by this? We are so used to the language of Western science hinging around the concept of observation which is objective, so what benefit would an apparently subjective approach of ‘participation’ add to a medical science? 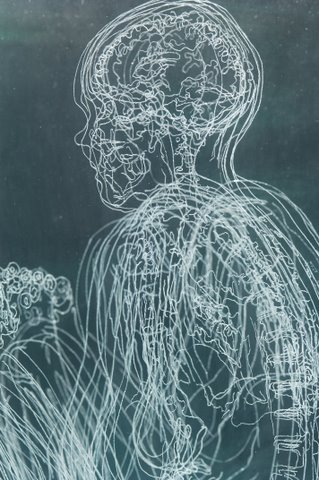 To “participate” the patient, is, in a sense, a sexual concept, meaning that it is the living energy of the Physician which is actively intermingled with the patient’s energy, so as to get to know the inner working’s of the patient and their disease from the inside-out, rather than the usual mode of medical observation from the outside-in, which looks upon the patient as an external object. This is no different a requirement than in our personal relationships, where we seek to truly relate to the other, rather than simply manipulate their outer form.

To understand the difference between ‘observation’ and ‘participation’, think, for example, of the cold feeling we’re left with when an old school sales person attempts to sell something to us with obviously scripted sequences in order to manipulate us — this is the feeling of being “observed” and manipulated from the outside-in, and not treated as an individual. Despite any personal warmth and “bedside” manner that a given Doctor may have, they are still constrained by this model of observation (of outer form) which leads to specific pharmaceutical prescriptions (designed to manipulate the outer form, rather than make a true inner change to the root of the disease itself).

Now, to go back to our original question of objectivity versus subjectivity, we come to some uncommon thought forms to begin to understand this. Although we normally think of our own opinions and inner experiences as “subjective”, there is a mode of observation where it is possible to connect to the objective aspect within this inner realm, and Heilkunst Physicians specifically train themselves to connect to this level of observation.

Dr. Rajan Sankaran, an Indian Homeopath, wrote about this concept in what he calls “The Physician’s Reaction” — here, he makes an important distinction between the subjective and objective components of our inner responses to a patient. While we always have a range of subjective responses to a patient (such as irritation if a patient always comes to their appointment late, for example), there is also a part of our response which is objective, and equally accessible to any observer who has learned to hold their own subjective response at bay. This “objective feeling” is initially learned most readily from the realm of art, where the viewers of a painting or film will all come away with their own subjective response, but can all come to agree on a singular underlying objective feeling of what the piece is about — “it’s a story about first love”, or “it’s an image about the innocence of childhood”. These same objective feelings are discernable when a patient has been participated rather than simply observed, and is the underlying core story which the patient may not even be conscious of themselves, in contradiction to the story that they share about their life.

Tagged on: Diagnosing from the inside-out, Epistemology, Hearing the inner story of the patient, photos, The objective feeling