The keen observers amongst you may have noticed that so far, while talking about the third jurisdiction of Heilkunst (Therapeutic Education), I’m still giving examples which are also partially based on the second jurisdiction (Therapeutic Medicine). Although I discussed how the theme of a patient’s time line is discerned as a pattern illustrating their core belief(s), such work is still intimately tied in with the medical realm, in terms of treating the specific shocks and traumas of the time line.

Today’s example will also similarly straddle the second and third jurisdiction — an aspect of medicine which is leading into the higher therapeutic realm of Education, but which still needs the solidity of medicine as a bridge. The ultimate goal of confronting a patient’s core beliefs first must pass through the area of their illusions and delusions. 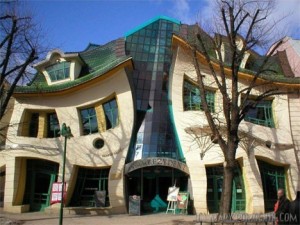 The law of similars being what it is, as far as medicines go, the substances which are the most appropriate for treating the disease states of illusions and delusions are those which, in a healthy subject, create similar states. This set of medicines is largely made up of hallucinogenic substances, such as the commonly known recreational drugs including cannabis, cocaine, and agaricus (magic mushrooms). These remedies are given in highly potentized form, so there isn’t a single molecule remaining from the original drug, but just its bio-energetic imprint, and there are no adverse effects or toxicity possible from taking them.

There has been much press in recent years about the potential use of “medical marijuana” for all kinds of illnesses, but I am not a fan of this, as it is simply another unprincipled application of a herbal substance, no different from the unprincipled application of any pharmaceutical drug. It is the same impulse that people have to get away from toxic drugs into something “more natural”, yet it is still generally not much different in effect, as far as not actually curing the disease(s) in question, and creating a long-term load on the body’s organs of detoxification.

A principled use of these drugs, however, is something that I can stand behind, and in fact, I have used the homeopathic forms of the recreational drugs I listed above countless times. The key with using these, or any remedies, is to understand the correct way to apply the law of similars, so that the disease in question is actually cured in a short time, rather than the need to place someone on a herbal or drug protocol for suppressive purposes for the rest of their lives.

This application of treatment from the second jurisdiction (Therapeutic Medicine) opens a doorway into the third jurisdiction (Therapeutic Education), as the eradication of a particular delusion or illusion (such as the cannabis illusion, that mind and matter are separate, and true knowledge can never be obtained) will lead into the possibility of a broader exploration of the truth which has been hidden behind it.

Once a patient reaches a certain phase of their Heilkunst treatment, it is not unusual to find that they start to go through a form of being “spaced out” in one way, or another, which is a signal to me that they may be ready to start working through this middle ground between the second and third jurisdiction. This is definitely an example of where it becomes increasingly difficult through the jurisdictions for anyone to be able to take themselves through treatment, as it becomes increasingly difficult to hold an objective vantage point of self-observation when going through these unusual states of mind.

Tagged on: Hallucinogenic drugs for illusions or delusions, Illusions Delusions Beliefs Oh My!, photos, The bridge from Therapeutic Medicine to Therapeutic Education, The law of similars for every substance