I’ve had the greatest pleasure to serve couples who suspected that they may be infertile to beholding their wee bundle of joy in their arms.  Some of them were just curious about the fact that they were actively having sex with their partner for over a year without having yielded the intended results asking me to help out in this regard, while others had undergone rounds of IVF, (“in vitro fertilization” literally means “fertilization in glass.”)  The latter patient, admittedly, took more time to resolve, as first we had to clear the barrage of toxic drugs used in this process before the body was pristine enough to once again engage in the natural process of creating new life.  The root cause of this issue is not as mechanical as you might think.  In fact we’re just starting to recognize the side effects of having a chemically induced, cryogenically manufactured or even marginalized love affair with a superficial donor. 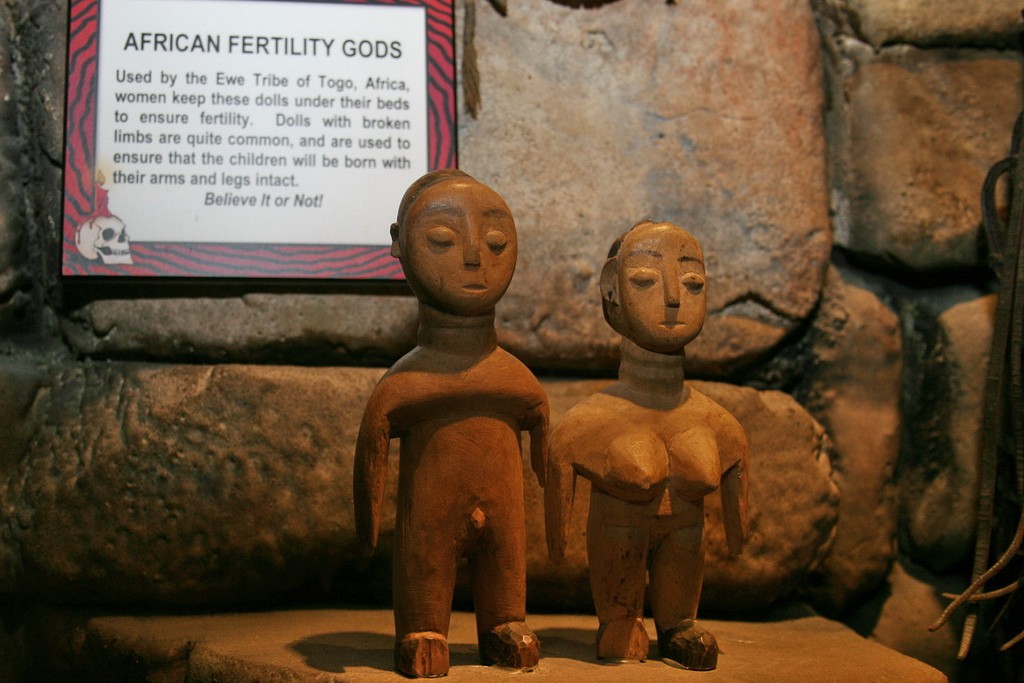 If you’ve been trying to create a babe with your partner, you may have become frustrated having reduced the intimate and beautiful act of love-making to some kind of clinical setting.  Taking your temperature, assuming a position, rushing to cavort at the right times of the month to just stare at your bloodied underwear month after month can leave both of you feeling disappointed, empty, impotent and sadly mechanistic about bringing a babe into the world as some kind of functional gymnastics.  Everyone of us has heard the story, several times, about a couple that has “given up” on their capacity to procreate and gone ahead with an adoption to find out they’ve successfully conceived within months of the adoption.  There is a key state of mind to be cognizant of in this story.

As a Physician of Heilkunst Medicine with over 15 years of research under my belt, I can tell you that the art and science of making babies has a lot less to do with chemicals and mechanistic thinking than you might ever think.  In fact, using your intellect to tweak a chemical here or there, or play with hormones is the realm of God, and I strongly suggest that if you try to get too close to the the almighty sun, you will no doubt burn your Achilles feathers.  The approach we use in order to realize consistent results is by using the principles laid down for us by Dr. Samuel Hahnemann.  He stated that the Physician has only one true calling and that is to make the sick healthy and whole and that the only righteous way to treat a person is to remove the block, shock or trauma that is impinging on that individual’s life force.  Not only will the person know greater health physically, but they will also realize their full emotional and spiritual fulfillment.

Following Hahnemann’s blueprint for cure, means that we’re doing a detoxification and chelation therapy starting your first visit to us through that Drainage and Organ Support dropper we give to you.  Also, that recommendation to drink 2-3 litres of pH balanced water and those Himalayan Salts and Greens we recommend help to address acidosis in the system.  The impregnated zygote will make a left at Albuquerque to avoid implanting into the uterus of a toxic or acid environment.  Also, states of anger (stress), fear and Genetic Miasms like Cancer, Gonorrhoea (Sycosis/Medorrinum) and Syphilis will make it doubly difficult to encourage new life to want to stick around on board for the nine month duration.  Would you want to be hosted by such an organism plagued by such issues?  Me neither.

When we have addressed your specific regimenal and medical issues without causing you an ounce of harm or further re-toxification, we then turn to the art of love.  Are you in a wholly resonant relationship with your beloved?  Have you created a beautiful ritual for you and your partner to ask for the baby?  In Waldorf pedagogy inspired by Rudolf Steiner, we attended multiple ceremonies when our children’s teacher read a beautiful story about how our son or daughter came to be spiritually called for walking over the rainbow bridge between the super-sensible and sense realms.  I know this may mess with your mechanical mind, however, Bronislaw Malinowski proved in his book, The Sexual Life Of Savages, that children encouraged to have fully orgastic sex in their teens by their parents and community never suffered any unwanted pregnancies.  When the Chief of the tribe was interviewed by Malinowski, it is realized that babes are only produced in a committed union between a man and woman and that they’ve consciously asked the Gods for a babe to be delivered to them, only then will conception be achieved through the love embrace.

Also, are you doing it right?  Are you properly threaded through to genital primacy as per Dr. Wilhelm Reich?  What I know about our modern culture is that most folks are living out of their heads, intellectually postured in the past or anxiously projected into the future.  In order to truly make love, communing with another being through orgastic potency, we need to have cleared the decks of the emotional content still mucking up the decks above the pelvic block right up to the ocular block.  Also, does the earth move when you have sex with your beloved are do you need some thawing of your genitals and pelvic region?  Reich recognized in his book, The Function Of The Orgasm, that only a small number of men, and no women, were achieving a full erectile-ly/vaginally charged, all over body grand mal seizure version of orgastic potency.  A genital sneeze, may not be enough oomph to power those swimmers into their intended destination and you need a fully threaded man and woman, connected to their emotions and spiritual nature to spawn a child of true consequence.

If you could look through our organizing lens into our offices and see the conception, in uteri and birth traumas still registering on our patient’s richter scales, you might think twice about how you want the cellular memory of your offspring to recall their birth experience right from the moment of conception or before.  If I wholly understand Steiner’s Anthroposophy, or study of man, the wee soul that is searching the earth for its new hosts to incarnate into, starts that process well before the sperm ever meets egg.  The further we get from a spiritually connected union, fully threaded through the function of the orgasm and consciousness, the bigger price down the line is that we all have to pay through toxic medical interventions like IVF, damaging Ultrasounds, Amniocentesis, karmic sufferings and socio-economic challenges.

If you’ve considered the above and are committed to taking responsibility for what the “Gods” may gift you with, then come and see us about your fertility issues and we’ll begin by peeling your proverbial onion.  Through the process of Heilkunst excavation, we tout a 90% success rate with fertility issues.  We know that the 5,000 regulating chemicals and hormones in your body will be following their finely orchestrated blueprint once the timeline of traumas and Genetic roots for constant chronic disease are removed on the sound basis of law.  It’s a no brainer.  Make sure you send us a picture of your newborn to adorn our clinic walls!