I’ve previously written about Sulphur as one of the six homeopathic genotypes (personality types), and today I’d like to have a look at its polar opposite, which is Silicea Terra. The Silicea constitution is very highly introverted, which means that a majority of their living experience is referenced to their own internal world, as opposed to Sulphurs which are very strongly engaged with events and experiences in the outer world. Primarily, Siliceas display characteristics of refinement, caution, and they usually possess strong ethical sensibilities.

This is important to note, as Siliceas will generally hold very strong opinions, yet rarely impose them on others, unless the situation absolutely demands it. On the outside, they can be very easy-going, even acquiescent, unless someone or something goes “too far”, and triggers a Silicea into the most stubborn or righteous stance over an issue. This is reminiscent of the expression of “drawing a line in the sand”, where the world is a very different place depending on whether one has crossed a Siliceas line, or not. Author Philip Bailey summarizes them by the phrase “Delicate, but determined”. 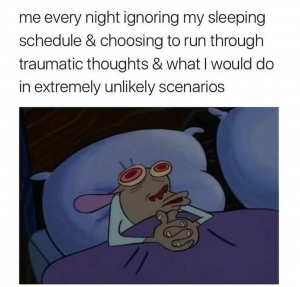 They can suffer from various forms of perfectionism, often frozen before the ideal concept of something, which can never be manifested in reality. They are “their own worst enemy”, being much harder on themselves than anyone else could ever be. At its best, this characteristic leads them to produce very high quality work in whatever field they are engaged in.

Silicea children are generally very easy to raise. If anything, the challenge for the parent is to encourage them to go out more, and experience a greater variety of activities. They can be quite shy by nature, and need to be encouraged to go out and connect with life more. They will often be “late bloomers”, who are not the first to leave the family home. They gravitate much more to close one-on-one relationships, rather than being the “life of the party” who is friends with everyone (ie like the Sulphur).

They have a very quirky sense of humour, relishing some of the most obscure or absurd aspects of a situation. The general Canadian sense of humour tends in this direction, as you can see in the comedy program The Kids in the Hall. There are some pop musicians who come to mind who display this characteristic of quirkiness in their work, including Tom Waits, Lori Anderson, and David Burns (of Talking Heads). The characteristic of high perfection is witnessed in the pianists Glenn Gould, and Keith Jarrett.

Medically, Siliceas are prone to conditions such as headaches, and issues of mal-absorption of nutrients. Emotionally, they keep a lot in, and much of the Heilkunst treatment of siliceas involves mobilizing their own emotional expression, and even their own self-awareness of their emotions to begin with. In line with their conservative nature, their reaction to the remedies tends to be minimal most of the time.

NOTE : Silica is contra-indicated in any case where there is some form of implant in the body, as it may prompt the body to try to expel it. Check with your Heilkunst practitioner first.