Fielding your questions about the genotypes has made me realize that it would be worth me spending some of my words today clarifying some important aspects which define what the constitution is, and where it fits into an overall conception of healthcare.

In one of my previous blog series, I delineated the difference between the three grand jurisdictions in Heilkunst, of Regimen, Medicine, and Education. While constitutional treatment primarily falls within the jurisdiction of regimen, in a strange way, it straddles all three jurisdictions. It may be tricky to see this at first, as it would appear that treating the constitution is primarily a function of medicine, as we treat it with a homeopathic remedy the same way we treat every disease. The constitution, however, is not a disease, but instead it represents an aspect of our state of health, and treating it is an act of re-balancing, rather than the usual destructive role that medicine plays in terms of a disease. If you understand this point clearly, you’ll see that identifying a state of health is radically different from identifying a state of disease, as they are not a simple continuation of one another.

As a side note, this is a critical distinction which has been systematically missed by classical homeopathy, which confusingly defines the constitutional remedy as the one which encompasses the greatest totality of symptoms and characteristics of the patient, all lumped together into one single remedy, which is supposedly ideally unique to each individual. One problem with this definition is that it does not clearly distinguish between the concepts of health and disease, but instead attempts takes aim at an amorphous lump of “imbalance”, or “total symptom picture”, which is actually an abstraction and cannot be effected by a remedy in any real way. Another practical issues is that this leaves many patients waiting indefinitely for “their” unique remedy to be proved, which is not likely to happen within their lifetime. If you thought the organ donor waiting list was long, it’s nothing compared to this list! 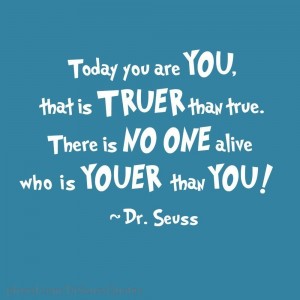 So, the treatment of the constitution appears to fall within the medical jurisdiction, because a remedy is given, but it is actually taking effect within the regimenal jurisdiction, which is all about treating imbalance rather than disease. The crossover of the constitution into the third jurisdiction (Therapeutic Education), is where the education of the patient about their constitution is a first step into raising their consciousness about what they are made of, and who they are at an essential level. New patients are often surprised at how I can seem to know so much about them after having just met them, before they learn that their constitutional characteristics are of a type, and relatively easy to identify quickly.

On the other hand, many patients breathe out a metaphorical sigh of relief when learning about their constitutional typology, and realize that they are not alone, and that there is an explanation rooted in nature for the way they tend to think, feel, and behave in the world. Likewise, parents feel this relief when constitutional knowledge of their child helps them get a handle on parenting where they may have been struggling before.

All of these benefits come from a knowledge and treatment of the constitution, and this is even before we hit the big league operation of tackling all the layers of disease! My next upcoming blog series on the Phenotype constitutions will be a bridge between this realm of Genotypes (healthy types) and full-fledged disease.

Tagged on: photos, The difference between a state of health and a state of disease, The myths of classical homeopathy, What is the function of treating the constitution?