This blog post is being turned into a full-length book. 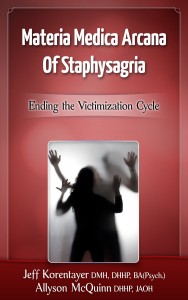 Add your email in the form at the bottom of the post to be notified when it is published.

The core theme of the phenotype Staphysagria centres around victimization. They are the type who get caught up in cycles of abuse where they are unable to say “no”, or assert a necessary boundary, but immediately regretting and resenting their own lack of voice, along with the actions of their abuser. Even in non-chronic abuse situations, Staphysagria results from anger which is ‘swallowed’ rather than expressed. There is a core feeling of injustice or of life being “unfair”, and being at the mercy of the whims and actions of others.

The classic physical symptoms of Staphysagria revolve around the bladder and kidneys, in terms of infections, or cysts. These symptoms are the physical embodiment of the unexpressed emotion of feeling “pissed off”, which have to come out in one way or another, if the natural avenue of expression wasn’t taken. Other physical symptoms include styes or tumors of the eyelid. Many digestive issues, including chronic irritable bowel syndrome can also result from this suppressed energy. Any medical condition which first began after an incident of suppressed anger or humiliation can be reversed with this remedy.

Someone who has taken on the long-term personality of Staphysagria as their phenotype will be extremely sweet in character, who almost never expresses or even allows themselves to feel anger or any dark emotions. There may often be cultural or religious forces which encourage such unhealthy suppression of one’s true feelings. When a patient insists to me that they “never feel angry”, a big red flag goes up in my mind, and this becomes a strong consideration for treatment of this phenotype. Despite all the suppression, this is a state where much energy continually builds up, and occasionally “bursts out” in one form or another, which may often include throwing something – whether a physical object or a tantrum. They find it next to impossible to initiate a confrontation, even when it is necessary in a given situation, which tends to reinforce the vicious cycle of their state of victimhood. 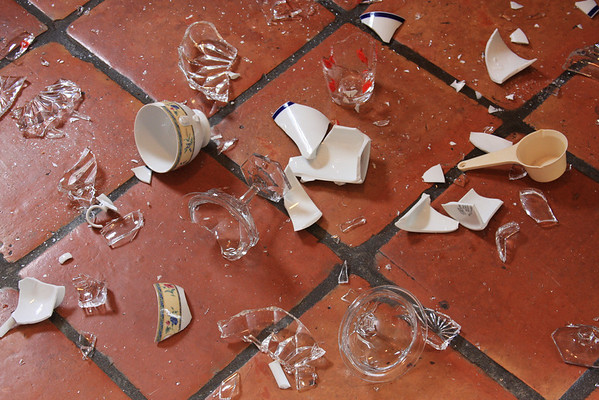 Oftentimes, this dynamic of energy suppression will be funnelled into an excessive sex drive, with masturbation becoming one of the substitute vehicles for discharge, rather than confronting the primary emotional causations of this energy. The patient may have dreams of their teeth being loose, or even falling out, as a symbol of their lack of “bite” or aggression as required in healthy proportions. Consumption of sugars and sweets will usually be part of the picture, as another mechanism employed to maintain a falsely “sweet” character, covering over the dark material always threatening to burst back out into the light of day.

In treatment, Staphysagria as a phenotype will act to please the physician through compliance, although at home, in private, may suddenly turn against the practitioner and their treatment, and abandon it, in favour of keeping the suppressed emotional content from being raised back up into consciousness. The positive progression of treatment, however, usually leads to a much more assertive character, while the physical symptoms dissolve in proportion to the patient’s strengthening emotional immune system.

Add you email to our notification list, to find out when the book is published.

Tagged on: Excessive sweetness really covering up a mountain of anger, Going postal, photos, Swallowing anger and getting digestive complaints, The victim state of mind