The sixth and final phenotype I’m presenting is Lachesis, which is a remedy prepared from the venom of the Bushmaster snake of South America. If you can imagine the rapid physiological changes and emotional storm which occur after someone has been bitten by a poisonous snake, you’ll start to get a sense of the intensity of the characteristics of the person in this phenotype. Lachesis has a very highly charged energy which is seeking a discharge in one way or another.

They key emotional themes of this remedy include guilt, jealousy, and envy, which all contribute to its highly charged state. One of the most well known characteristics of Lachesis is an intense loquaciousness, which, at its worst, becomes an incoherent rambling from one unrelated topic to another, without any room for anyone else to get a word in edgewise into the ‘conversation’. There was a patient I once had, who I asked “so, what brings you here?” at the beginning of her first visit, and that was the last thing I said for the next 90 minutes! The good news was that I received an excellent account of her life history, and had all the information I needed to give the first set of remedies to her.

Taking up the image of the tongue of the Bushmaster snake, we can learn some of the key characteristics in the remedy. Not only do they use their speech as a means to try to discharge their own pent-up energy, but like the snake’s tongue, they can use their speech as a sudden attack, lashing out with cutting remarks. The Lachesis personality seems to have an instinct for sensing another’s weakness, and strikes out with intent to seriously wound. In fact, as the physical pathology of the remedy progresses, one of the characteristic symptoms is for the tongue to tremble when it is protruded. 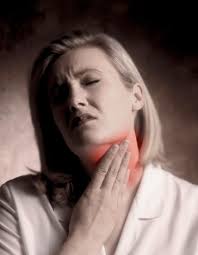 They can live in a state full of passionate jealousy, and will be a very intense force to be partnered with in a romantic relationship. On the flip side, there is sometimes a much more introverted presentation of this remedy, who is much more quiet, and dwelling in their own feelings of inferiority and lacking self-esteem. This is the polarity that makes up both sides of this remedy.

There are a number of characteristic symptoms at the physical level, including sore throats which have pain upon swallowing, as well as issues with the circulation. They will have the tendency to “sleep into an aggravation”, meaning that during the first part of the night, they can be suddenly awoken by an asthma attack, or from a nightmare. All forms of discharges give them tremendous relief, whether it is the excessive talkativeness I mentioned above, or a physical discharge such as the beginning of their menstrual flow. They will have a tendency to be afraid of or squeamish for snakes.