How do I go about diagnosing a patient’s constitutional type? There was a long learning process and internalization which began when I was a student, and then continued when I began my practice, and first started to assess the constitutions of real-life patients. As a student, the learning process involved studying vast quantities of information about each type — details about the key mental and emotional characteristics, modalities of what made each constitution feel better or worse, basic food preferences, as well as cravings and aversions, and a range of physical symptoms which each constitutional type is susceptible to. This initial part of the process as a student was highly analytical and left-brain dominant. I drew up charts and spreadsheets to track all of these details, and to learn through a process of comparing and contrasting the details of one genotype against another. Which were the more warm-blooded types, and which ones were more chilly? Which ones craved salty foods, and which ones had a big sweet tooth? Likewise, my first experiences figuring out the genotypes of real life cases involved going through a lengthy questionnaire, gathering as many of these kinds of details as I could about the person. Life being what it is, the resulting picture rarely came out as a clear image easily categorized into one of the six types, but was a mix of two or more distinct types, and often mixed in with confounding disease characteristics which aren’t at all part of the basic constitutional type (which represents the fundamental state of health, and is not a disease). The world of left-brained information and detail is always full of doubt. Throughout this process, my classmates and I would have endless discussions at lunch break about one another’s constitutional types, as part of the process of learning each one as a function of a type of “reverse engineering”. As I’ve written before, Ally and I would play “the restaurant game” and guess the constitutions of the other patrons. Somewhere along the way, these massive collections of details and information started to coalesce into living patterns which were recognizable by my right-brain. What originally took me too much time and labour to figure out, now could be recognized almost instantaneously. Most of the time, when I meet a new patient, or even someone outside of the clinic, my recognition of their constitution comes as quickly as would my recognition of a friend or family member I’ve known my whole life. Instead of looking to connect the dots of a large number of data points, now I am able to see the whole “living entity” which each constitution is, and which is always the same despite what the specific variations in details may be in a given person. 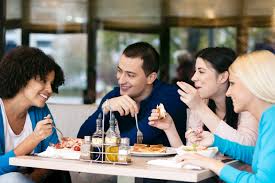 By being able to see the constitution so quickly, the time of the patient’s first consult can be put to much better use in diagnosing the extent of the diseases which are causing their suffering, and identifying a clear and practical plan which can be  implemented right away. I’ve continued to take this skill of turning book knowledge into living knowledge to more and more aspects of diagnosis and treatment, and to internalize all of these “living entities” within my practitioner’s tool belt. New patients are still quite surprised that I can “know them” so well within moments of meeting them, but like anything that has become second nature, I celebrate this valuable skill in my ability to help my patients move towards their highest state of health as quickly as possible.

Tagged on: Knowing the constitutions as well as an old friend, photos, Seeing the whole instead of the details, The epistemology of diagnosis