The following conversation occurred by email with a reader of these blog posts, Steven Ings. I asked for Steven’s permission to publish these conversations, as they include many questions and illuminations of the principles I’ve been discussing in my recent series on the Genotypes and Phenotypes. In order to create an actual conversation-like flow, I’ve cut and paste the sequences to be more natural to the conversation we would have had in person, if we weren’t going back and forth on different points in our email sequence. I’ve retained Steven’s text in a plain font, and put all of my responses in italics, in order to differentiate who is the speaker at any given point. Due to the total length, I’ve broken the conversation up into four pieces to be published on four subsequent days. This is part 3: 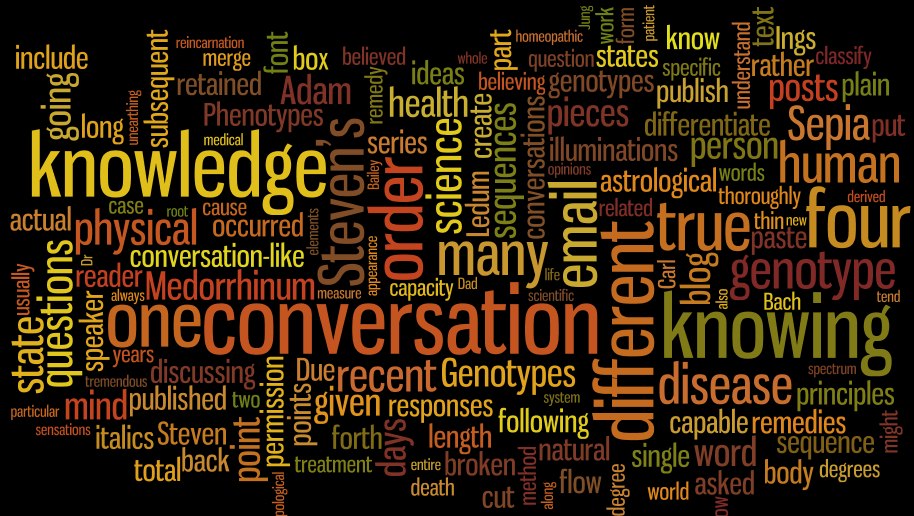 I admit that one of my favorite subjects involves your question, “To what degree is the human being capable of knowing rather than believing?”

Many years ago while looking at The American Heritage dic·tion·ar·y I noticed that the word “belie” immediately precedes the word “belief.”  Notice the word “lie” in both words.  The significance of that discovery did not ripen until our son was born.  As he grew older, I noticed occasions when I was speaking with and acting toward Adam in the same way that my Dad had spoken with and acted toward me.  Then, one day when he was four years old, Adam said to his friend Jason, “It’s true.  My Dad said so.”

Authority is always a necessary, interim stop-gap measure in the case of ignorance.

Adam believed, unconditionally, the things which I had said.  Even when I was making up a story, Adam believed.  Why?  Trust and truth.  Both words are derived from the same ProtoIndoEuropean etymological root word, dru-.  Adam trusted me, therefore, he believed me.

Wow!  That realization was like a jack-hammer.  I began to examine and question the ideas that I accepted as true, including the “sciences” upon which my degrees were based.  I came to realize that many of my “truths” required acceptance of and trust in Professor X or Doctor Y or Guru Z.  “It’s true.  Doctor Y said so.”

That can be powerfully enticing, when one is disconnected from their own capacity for knowing.

“To what degree is the human being capable of knowing rather than believing?”

This question gets to the heart of every scientific method!

6 thoughts on “A conversation about Heilkunst (part 3 of 4)”