This weekend, I re-viewed a movie which I hadn’t seen in almost 30 years. Risky Business (1983) was an atypical teen romance movie from the 80s, which in a very exaggerated artistic fashion portrayed the heart of the conflict faced by modern teens. The steamy opening scene, which was recounted as a dream sequence, portrayed the main character discovering an attractive young woman taking a shower, who invited him to come scrub her back. As Joel (the main character portrayed by Tom Cruise) approached the shower, the visibility was more and more obscured by steam, until he found himself suddenly at his High School three hours late for his college entrance exams. This scene clearly set out the theme of the whole movie, which was his seeking a resolution to his inner conflict between his natural desires for pleasure, and his parents’ desire for him to focus on creating a good future for himself through excelling at school. 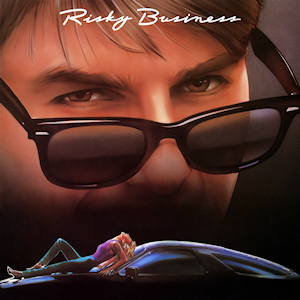 This theme pervades virtually all chronic medical issues, where the natural instincts have been suppressed and converted into disease forms at both the biological and psychological levels. There are a number of scenes in the movie which beautifully portray the main character’s inner conflict, and un-natural two-sidedness to his character, where he was a sweet and compliant son on one side, and the ruthless and amoral businessman on the other.

In terms of Heilkunst medicine, we can point out the remedy Anacardium, which directly addresses this form of split in the human being, where it is as if the forces of good and evil are battling it out within. There are some very extreme presentations of this state of mind, which can be witnessed at the local mental institution, but in its milder forms, we witness that just about every patient has to confront this false split within themselves sooner or later in their treatment.

For those who are interested in a much deeper historical exploration of the origin of this form of armoring, Dr. Wilhelm Reich outlined it in tremendous scientific detail, and is an area of study which is very rewarding to those who wish to engage with it. He does a tremendous job in linking the historical process of socio-economic changes in our family structures with both the biological and psychological processes of armoring which emerged as a result of an increasing shift into a patriarchal structure. The obvious link with the element of prostitution in the film becomes very clear from this perspective.

For the purposes of this blog post, and getting back to the artistic content of Risky Business, the film’s story and ending left an impression of a true reconciliation between the two sides of his conflict — rather than the false path of choosing one side or the other (being either the “good” boy, or the eternal rebel), the audience witnesses Joel breaking through his false outer form, and learning how to use the “dark side” to fuel his true creative power, rather than to struggle to hold it at bay.

There is a tremendously beautifully shot love-making scene towards the end of the movie, which takes place on a public train, and which ends with an outside shot of the train reaching the end of the line, accompanied by the sound of the train discharging as its lights go out for the night. This is a brilliant artistic expression of the complete function of the orgasm, which the main character has just experienced, and is the doorway through which his character reconciliation becomes possible.

There is a key prop throughout the film, which is a glass “egg” art object, prized by the Mother, and displayed on the family’s mantlepiece. There are probably multiple artistic interpretations of its fate towards the end of the film (where a tiny crack is discovered at its centre), but I would like to offer that it represents the crack in Joel’s armoring, which now allows him to flow more fully through his life, allowing both the elements of light and dark to pass through him freely. I’m reminded of the line in the song There is a Crack in Everything (by Leonard Cohen, as recently coverd by “The Once”), which says “There is a crack in everything / That’s how the light gets in.”

Peering beyond all the overtly sexual and amoral content of this film, which some may find difficult to consume, a very effective artistic message lies at the root, in terms of the path we all need to find within ourselves toward a similar reconciliation. Just as in the fact that many of the most powerful homeopathic remedies are derived from poisonous substances, it is also similarly true for powerful art often being derived from “toxic” or difficult subject matter. “Poisons make the best medicines”, and likewise, an ability to look past the surface of the film into its essence can provide a strong mirror and transformation of our own energy structure, as an adjunct to our Heilkunst treatment.

Tagged on: Armouring, Artistic images as an adjunct to therapy, photos, Reconciling the schizonphrenic split