As a Heilkunst physician, I am qualified to practice based on completing my four year diploma program with the Hahnemann College for Heilkunst, as well as my membership in the CIHA, which is the professional association governing the scope of practice of Heilkünstlers. The framed certificates on my office wall represent many thousands of hours of study, along with a focussed commitment to both attain and maintain the highest standards of knowledge and application of principles for any patient who wishes to seek my help in bettering their health. 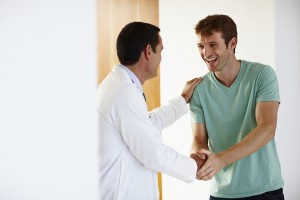 So, why am I bringing this up? As a means of introducing a bit of an unusual idea, which I haven’t generally heard in other areas of healthcare. Of course, every serious modality of healthcare will have some form of education and certification as I mentioned above — in other words, we collectively recognize that it is important that healthcare providers are properly qualified. But by an interesting turn of perspective, in Heilkunst we also assert that the patient needs to be qualified to be treated.

Let me explain — I’m not talking about turning people away, because they fail some sort of entrance exam in my waiting room, on the basis that they have failed to spend thousands of hours educating themselves about the topic of healthcare. I mean that the patient needs to be qualified in a couple of different ways, which I’ll outline below. The first sense of this term I have previously touched on in my blog series about the three jurisdictions of Heilkunst (Regimen, Medicine, and Education), where each jurisdiction, in a sense, becomes a “qualifying” threshold the patient needs to go through before being able to fully benefit from the next jurisdiction of treatment.

A simple example of this is the threshold between regimen and medicine — the effectiveness and speed of action of the homeopathic remedies is greatly slowed down in a case where someone’s regimen (diet and lifestyle) is a complete mess — the bulk of therapeutic energy and focus in such a case needs to start with cleaning up the patient’s regimen, in order to properly qualify them for homeopathic medicine.

There’s a germ of truth to the saying “Let food be your medicine”, which partly applies to the idea of being able to cross this threshold. There is also a threshold of qualification to pass from the jurisdiction of medicine into the ultimate jursidiction of treatment, which is what we call Therapeutic Education. Beyond these specific meanings of the term ‘qualified’, to pass from one jurisdiction of treatment to the next, there is a much more general sense of this term which is implied.

That is, that for a patient to be fully qualified to benefit from Heilkunst, there needs to be a certain type of willingness to participate in the process of treatment, as well as in their life as a whole. The conventional medical system has unfortunately done a good job at training patients to expect to be treated like cars at the mechanic, who are the passive recipients of medicine or other therapeutics. While the therapeutic modalities of Heilkunst are powerful in themselves, their potential is most fully realized through such well qualified patients, whereas a limit or glass ceiling of efficacy is reached in patients who are passively waiting to be “fixed”.

The meeting of the qualified Heilkunst practitioner with the properly qualified patient is truly a match made in heaven, as are all activities driven by resonance (self-love).

Tagged on: Full participation, photos, The three jurisdictions of Heilkunst, What qualifies the patient for Heilkunst?