Dr. Hahnemann, in describing his method of diagnosis, referred to the “ambient” of the patient, as one of the factors to take into consideration. What does this refer to?

First of all, we need to distinguish between a person’s “ambient”, and their “environment”. If you and I are sitting together in the same room, we co-exist within the same environment. Each one of us, however, has a unique ambient, which is the subset of the environment which is composed of our individual resonance, both positive and negative. Everything in the environment which has some relationship to your desire function, is “lit up” before you. Two people walking into the same room will likely notice entirely different details for this reason.

It’s akin to the type of experience where you have just bought a new car of a particular make and model, and suddenly everywhere you go you see that same model.

As I mentioned, our ambient is composed of both positive and negative resonance, meaning that not only will our ambient display things which we desire, but also objects or events which are mirrors of where our desire function is suppressed or blocked. This is the meaning of all forms of “accidents”, which are aspects of our negative resonance coming at us in progressively increasing intensities until we “get” their intended lesson. A complete case-taking of a patient’s state of disease must include this whole picture of occurents (all of the things which “happen to” the patient), accidents, as well as the positive events which come into their life. 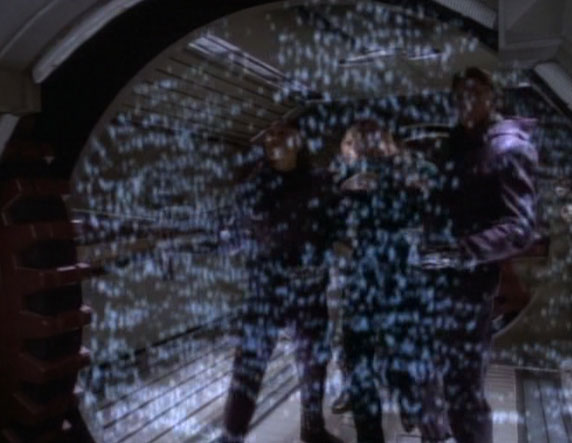 Likewise, as a patient walks through their time line treament, the healing and release from the remedies will often be accompanied by specific events or “chance” meetings with significant people (or archetypal representatives of those people), as the patient finally integrates and then lets go of the original meaning of the trauma in question.

An aspect of Hollywood films which is often criticized, is how unrealistic certain plots or turn of events unfold on the screen. The fact is, that these “only in Hollywood” scenarios are usually only slightly exaggerated versions of real-life occurents, “accidents”, and other strokes of luck which are not based on a rational logic, but on the force field which draws a person to confront whatever they need to within their ambient.

It becomes a sobering thought on the path to greater health that everything which unfolds in our life is a function of a part of our mind and consciousness, whether or not we have fully realized the source of any given part of our ambient. A definition of healing, from this perspective then, would be an increasing level of consciousness, and command of both the waking conscious mind, as well as all aspects of the sub- and un-conscious parts of the mind.

Tagged on: Drawing positive and negative towards myself, photos, The patient's force field, There are no accidents