After tackling the question of “why is the sun yellow and the sky blue?” yesterday, it seems logical to tackle the next question of “where do babies come from?” Some of my general practice has been focussed on treating infertility, in couples who are having trouble conceiving for one reason, or another. Aside from cases where there is a measurable physical or organic reason preventing pregnancy, which is fortunately in the minority, I’ve had a fairly high success rate where the cause is at the functional level.
One interesting phenomenon, which occurs often in infertility cases, is the need for the couple to “let go” of their attachment to when, or even if they will conceive a child. This is evidenced by the many anecdotal accounts of conceptions which have occurred after the couple decided to go the route of adoption, which they only do after they have let go of their attachment to conceiving a baby. Similarly, many couples have been able to conceive once I have given them the remedy Natrum Muriaticum, which helps them to let go of their attachments, and possibly other emotional baggage which they are holding on to.
This look at the state of mind behind baby-making is actually quite instructive, and gives us a doorway into understanding that conception is more primarily a function of a particular state of consciousness, rather than a simple mechanical act. All of the mechanics leading to conception and pregnancy are governed by a certain state of mind, in much the same way that the physical symptoms of a given disease take a certain form based on the underlying state of mind of the disease.
The anthropologist Bronislaw Malinowski wrote a book called The Sexual Life of Savages, based on his study of the socio-economic and marital structures of the Trobriand Islanders. This is essentially a matriarchal society, which has a very open attitude towards condoning teenage sexual activity, and fascinatingly, where incidence of teenage pregnancy is unheard of. In the Trobriand culture, and state of mind, the question of “where do babies come from” is answered “by marriage”. The natural order of life in this society is that the teen years are for exploration of self and of pleasure, and not until one comes of age, and is ready to take a responsible role in society, do the events of marriage and then babies follow. 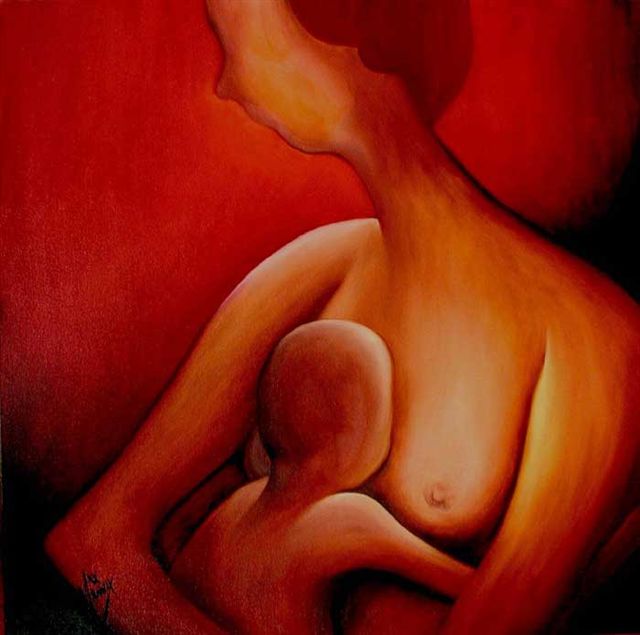 The mechanistic ideas about conception from the West have not entered this culture, where it is very clear to them that babies are a product of adulthood and marriage, rather than the mechanics of sex.
Meditating on such a phenomenon raises bigger questions for our infertile couples of the West — the deeper exploration of the mind, emotions, and beliefs of each Heilkunst patient will as often as not bear much fruit in terms of unearthing the root of their infertility, in terms of some frozen stage of their development, or perhaps an emotion still tied to a previous trauma. After physical or organic causes of infertility are ruled out (which is in most cases), this deeper Heilkunst process of treatment will usually clear out whichever block(s) are in the way of a natural process of conception unfolding. It’s such a blessing to have been part of all these babies being conceived without the parents having had to resort to IVF, or other highly toxic hormone and drug procedures which have devastating effects on the mom and child.

Tagged on: Natural treatment for infertility, photos, Where do babies come from?