One of the most common questions which new patients ask, is if the remedies will cause any side effects. Some already will have been pre-educated about healing reactions, and want to know what to expect in terms of what they could experience with the remedies.

It is a very good question, and an important one to clear up at the beginning of treatment. In the world of conventional medicine, it is a given that any prescribed drug will cause side effects — in fact, it is a very big problem in medicine, as long-term side effects eventually become a bigger health issue than the original disease itself. There are cases I’ve had where a patient is on a large list of drugs, where at least 80% of them are solely being used to try to reduce the side effects of the original drugs! This is a deadly form of a downward spiral into the abyss of pharmaceutical drugs. 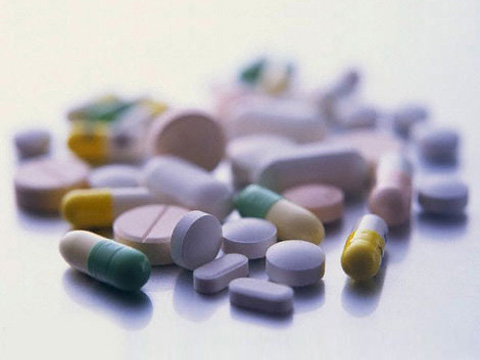 The name “side effect” should actually be changed to something more honest, such as “disease effect”, as that is exactly what they are — the effects of a drug is actually to create a new, artificial disease in the body which does not cure the natural disease that the patient is suffering, but simply displaces it. The visible side effects are only the tip of the iceberg of the total disease effects which are being created. In the insane ‘logic’ of allopathic medicine, this is assumed to be the best that we can do in the face of disease, which is only to play a deadly “shell game”, shuffling different symptoms back and forth until it is difficult to say exactly which drug (artificial disease) killed the patient in the end. Even in more short-term use of drugs, there is always some damage to some organ or system in the body, which is important to be aware of, and to apply specific detox protocols to both during and after the fact.

A healing reaction, in contrast, which new patients initially equate to be the same as side effects, is actually a very positive and temporary process of the body and mind to discharge a disease, or at least push it from a more to a less important organ or system of the body. The temporary emotional discharges, such as irritability or sadness, or physical discharges on the skin, or through the other organs of elimination, are actually not caused by the remedy, but are being pushed out of the body by its own innate healing power, after the remedy has done its job of curing the disease.

In the case of taking a dry remedy, the patient will typically hit the peak of the healing reaction approximately 7 to 12 days afterwards; in fact, some learn to mark those days on their calendar, so that they are not surprised when the healing reaction surfaces. All true healing reactions are very positive in terms of gaining a greater overall state of health, and are always temporary. If a so-called ‘healing reaction’ lasts for an extended period of time, then it is usually something else which needs to be assessed to be cleared up with a different remedy.

Feel free to share some of your more interesting healing reaction stories in the comments below.

Tagged on: photos, side effects are actually disease effects, There is no such thing as a safe or curative drug, What's the difference between a side effect and a healing reaction

3 thoughts on “The Difference Between Side Effects and Healing Reactions”