As we saw that Cannabis has a strong cultural affinity for the Hippie movement (based on a strong similarity in state of mind), Cocaine has a cultural affinity for the state of mind surrounding high-powered executives, as well as the players in and around Hollywood film production. Both of these situations relate so strongly to the theme of Cocaine, as they involve acts of incredible human capacity, where much is risked in order to achieve high returns. A Hollywood star can rise to the top just as quickly as he or she can fall to ruin, and the dynamics and pressure of this are embodied in the remedy state of Cocaine. 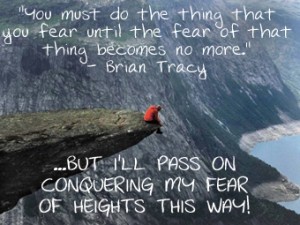 There is also a similarity here to Nux Vomica, which is a state driven by the false ego to achieve their worldly ambitions, and will burn themselves out in the process. Cocaine is the ultimate “performance anxiety” remedy, where the projected success of the ego is seen as a gigantic task, and which can produce all forms of anxiety and tension as part of the means to get there. Cocaine is used medically as a local anaesthetic, which is analagous to all of the pains which needed to be dulled as someone forces themselves to climb “to the top”. It never ceases to amaze me how there are no accidents in terms of which drugs tend to be used by which groups of people, based on the unconscious drive to match one’s internal ideogenic state with a crude form of the similar medicine.

Although I’ve portrayed this state in a particular way, it is not only applicable for high-powered executives and Hollywood types, but in anyone who has taken on this state of mind in their own situation. I use the more extreme examples, as they very vividly portray the theme of the remedy, but always keep in mind that any state of mind can exist at much more subtle levels in everyday life. The issue of separating out the ambitions of our false ego from the true objective desire of our Self can be helped with this remedy in whatever form it has taken.

Tagged on: False ego ambitions versus true desire of the Self, Fear of heights and of falling, photos, Rise to the top

One thought on “The Ideogenic Realm : Cocaine and Coca”