A part of the treatment of some patients will include the need to address parasites. What is a parasite, exactly? Etymologically, the word is derived from a meaning along the lines of “one who eats at the table of another”, meaning that it is a one-way or non-mutually beneficial relationship. Generally, people use this word to refer to any of a number of microbial forms of parasites, including worms and protozoa, but it can encompass any number of relationships, including an emotionally unhealthy or even abusive relationship between two humans, for example. 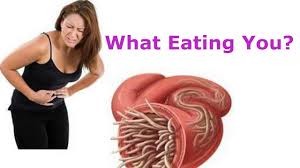 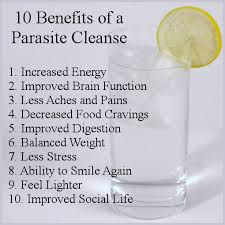 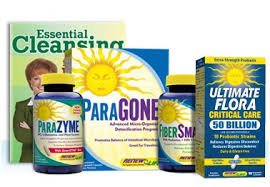 Allopathic medicine, with its “slash and burn” approach to healthcare approaches parasites the same way that it does other infections — “shoot to kill” with a drug meant to kill the parasites in the body, in much the same way that antibiotics are meant to kill harmful bacteria when we have an infection. Natural medicine generally does no better than this, using natural remedies aimed to do the same (ie kill the parasite). While there is a time and place in certain cases to employ such medical procedures, it is very misguided to employ it as the general default approach to the treatment of parasites. In effect, all that an anti-parasitical drug accomplishes is to “shoot the messenger”, which obscures knowledge of what the deeper or root cause of having been susceptible to the parasite in the first place was.

Parasites, and in fact all infectious agents in nature, play an important role in terms of our internal self-clean-up mechanism. Under various conditions of toxins, stress, or unprocessed emotional burdens, our inner condition changes in such a way that it becomes resonant with a specific disease form, which then comes in as an agent to trigger the type of clean up required. Farmers know this, in terms of which of their crops or animals will be susceptible to infections — they are the ones which were already weak to begin with. The parasites and infections in nature have the job of weeding out the weak, and making more space for the strong. In terms of our inner ecology, it is the same principle with any part of us which is weak or stressed, and a healing response needs to be triggered. Treated properly, a parasite or infection can actually bring us more health than we had before.

The question of why we have a parasite relates to the more important issue of susceptibility, and why we are resonating with a particular disease form. Each microbial parasite represents a very specific state of mind, and needs to be addressed in terms of its specific underlying theme, which needs to be identified in each case. The general underlying theme of all forms of parasites relates to the state of mind and feeling of victimization, as can be related to the remedy staphysagria, which I wrote about previously. Head lice is a parasite, for example, and its treatment or prevention has proven to be much more effective when staphysagria was used.

This general theme of parasites can manifest at any number of levels in different cases — even from the simple level of whether the nutritional needs of the body were provided for, or that the more complex emotional dynamics were not fully respected, can be enough to set the stage for a susceptibility to a parasite. Heilkunst works at any and all levels as appropriate in each case, depending on where the root or roots for the issue were set.

Tagged on: Heilkunst treatment of parasites, How to treat parasites, photos, What's the meaning of a parasite

3 thoughts on “How Does Heilkunst Treat Parasites?”