For any number of reasons, our exhaustion formula is used by many patients at some point during their treatment. Whether the patient has begun with issues of insomnia or fatigue, due to shift work or having babies awake during the night, or for some other reason they just simply don’t wake up feeling refreshed in the morning, this formula at least will help them get through their day while working on eliminating the root cause of this condition. 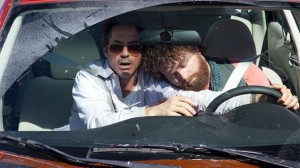 The exact components used in the exhaustion formula will be selected and adjusted on a case-by-case basis, most likely including some of these remedies:

Also, at the regimenal level, it is quite helpful to stay focussed on proper hydration, which can help the energy flow as optimally as it can within the state of fatigue. A good vitamin B complex is useful to nourish the nervous system which is bearing a high stress load. Depending on the cause of the fatigue or exhaustion, the course of deeper Heilkunst treatment will work to uproot it, whether it is coming from genetic influences, emotional factors, or nutritional imbalances (or all of the above).