One of the misunderstandings about what I do is that I’m considered to be a practitioner of “natural health”. It doesn’t help that I often promote that misunderstanding myself, as it is a phrase which leads people into the right ballpark, so to speak, for beginning to understand the scope of Heilkunst.

The problem implicit in this phrase, is that it promotes an understanding of health and disease which believes that the best thing to do is get out of nature’s way (ie not use toxic prescription drugs, or eat artificial foods, etc.), and let her do what she does best, which is to heal. There is certainly a germ of truth to this. There is, however, a key part of this concept which is very dangerously false, and which needs to be corrected.

Dr. Hahnemann was very clear about the issue at hand here, but unfortunately, his clear explanations were largely lost on his followers, and are still misinterpreted by the current movement of so-called “Classical Homeopathy”. The same misunderstanding is generally at the centre of most natural health practices and modalities today.

So, what is the issue I am referring to here? It has to do with the very fundamental distinction in healthcare between curing and healing. A true and complete system of healthcare must understand the workings of both. In terms of our innate “natural healing power”, it operates, as Dr. Hahnemann referred, as “Our Friend In Health”. It does a beautiful job keeping all of our functions working in a harmonious, balanced way, which works best with some light support on our part, and little to no interference. We’ve all marvelled, at one time, or another, how a superficial cut on our skin magically weaves itself back together, as long as we’ve taken care to properly clean any debris out of the wound.

This natural healing power, which we consider our best friend in health, is, however, our worst enemy in the case of a chronic disease. Its mandate of healing, and keeping things balanced, has very dire consequences when applied to the realm of disease. All of the symptoms and flare-ups, in fact, which emerge from a chronic disease exist only due to the misguided efforts of our innate healing power. In this sense, it is not the disease which we are suffering, but the effects of our innate healing power trying to dislodge the disease, which it is not capable of doing. 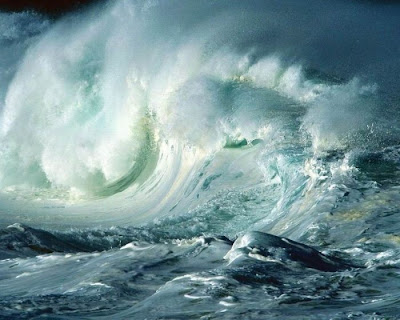 In order to cure a chronic disease, then, it is not possible or desirable to allow the healing power to attempt the job, but it is an application of correctly selected and prepared medicine, as determined by the scientific and reasoned mind of the practitioner. The refined or ‘potentized’ homeopathic remedies may have originated from natural substances, but through their potentization, can no longer be considered ‘crude’ nature (as it exists in its raw state), but ‘refined’ nature, which can only exist as a by-product of the human creative mind, which exists above nature.

Once the curative remedy has done its job to remove the disease, then our unrefined, instinctual healing power does a beautiful job in restoring a proper state of balance and grace. In this sense, the doctor cures, and nature heals. While “natural medicine” may have roughly correct connotations for general usage, it is, as you’ve seen, highly misleading about what the actual purpose of medicine and healthcare is.

Tagged on: photos, The distinction between healing and curing, The fallacy of natural medicine

3 thoughts on “When Nature Is NOT A Friend To Healing”