Today begins my exploration of a group of 8 remedies which are used to treat “The Chthonic Realm”. The word ‘Chthonic’ originates from Greek, meaning “from deep in the earth, or the underworld”. These remedies treat some very deep fear states, as well as their manifestation into a range of peculiar thought or behaviour patterns. At the less extreme end of the manifestation of these states, you’ll see the typical night terrors of children, who wake screaming or crying due to a nightmare which seems all too real in the moment. At the more extreme end of this spectrum lies people who either are, or should be institutionalized and restrained for their own and others’ safety. 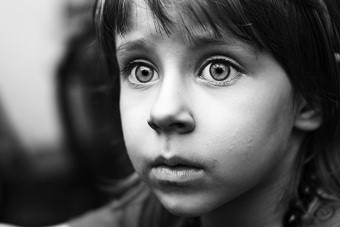 The whole realm of our natural processes of fever, inflammation, and even the function of the orgasm, are the source of energy for these remedies, when these natural functions have been blocked to one degree, or another. Even physicists know that “energy cannot be created or destroyed, but only transformed from one form to another”, and this is exactly what is happening when a natural process is blocked, only to manifest later in one or more of these chthonic states.

Our natural, healthy development, in terms of Dynamic Physiology, unfolds through our four bodies, and through the polarity of radial versus spherical energy. This four by two matrix defines the origin of the eight specific chthonic remedies, as are called the ‘Hot Stream’ (Belladonna, Stramonium, Hyoscyamus, and Veratrum Album), and the ‘Cold Stream’ (Arnica, Baryta Carbonicum, Bufo, and Helleborous).

In terms of the medical realm of Heilkunst, there is a fundamental polarity between these Chthonic disease states (expressed by our Nether Being), and the Ideogenic disease states (expressed by our Upper Being). In other words, our fears exist in a functional polarity with our ignorance. Practically speaking, I may often prescribe one or more chthonic remedies in conjunction with ideogenic remedies, but sometimes one side or the other isn’t clearly visible before the other is treated.

This fundamental polarity of fear/ignorance is the true root of all disease, and will be the goal to address for every case. Practically speaking, the chthonic realm is most visible within the whole autistic spectrum, as well as any deep conditions of fear or phobias. Conceptually speaking, this realm becomes most ripe for treatment after the patient’s chronic miasms are cleared, but practically, can pop up at any point in treatment, depending on the specific dynamics and history of the case.

Over the next eight days, I’ll portray each chthonic remedy in its practical and clinical picture.

7 thoughts on “The Chthonic Realm : Introduction”