Continuing along in my examination of the hot stream of the chthonic realm remedies, brings us to Hyoscyamus, which is related to the blockage of function in the astral body. As you may recall, our astral body is what we have in common with the animal kingdom, and is the source of our desires and emotions. The key emotion in Hyos is of jealousy, or thwarted love, and its behaviour is full of attempts at gaining attention in one way, or another. In its most overt form, this is a state of mind which may be completely shameless, and streak through a public space in the nude. In a milder form, this can show up in terms of very sexually suggestive language or steamy jokes or stories. This is often the type of patient who is extremely open and graphic in describing to their practitioner the intimate details of their sex life or fantasies. 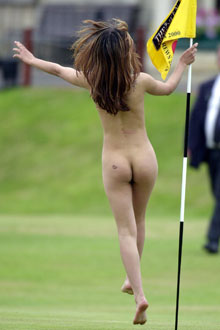 Alternately, their jealousy can manifest in more violent behaviours, as well as an expression of feelings of  intense suspicion of their partners. Many unplanned murders are fuelled by this sort of emotional heat, and blind passion. Interestingly, their suspicion leads to the quality in this disease state of not wanting to take the remedy given by their Heilkünstler, as the unconscious fear is that it may have been poisoned.

The class clown, or the person who is constantly making jokes or silly remarks may also be fuelled by this disease state. Once you see the underlying theme of grasping for attention through silly, foolish, or otherwise tantalizing behaviour, you can start to notice it in its even more subtle forms. Particularly if there is a known history of lost or disappointed love. It is also a state which can be triggered in children suffering from jealousy at the birth of a new sibling. The behaviour and type of jealousy, however, is different from Lachesis, which is rooted more in issues of self-worth.

There is a peculiar physical symptom in this remedy, which is a loss of control of the bladder or bowel functions. Whether in children, or the elderly, this remedy may be helpful in any related condition, such as incontinence.

Tagged on: insanely jealous, photos, the class clown, The emotional root of streaking or flashing

One thought on “The Chthonic Realm : Hyoscyamus”