When I wrote my blog on Belladonna, as used as a deeper chthonic remedy, I first contextualized it in terms of its common usage as a remedy for very hot fevers in children. A reader of this blog picked up on this point, and asked a very excellent question:

“I was just wondering. If belladonna is given to a child with fever, will the organic response to the remedy be an increase in temperature?”

There is probably no topic more anxiety-provoking to a parent of young children, than the issue of how to safely and effectively treat a fever. The greater the parent’s education, the more they understand the negative consequences of suppressing a fever, however the fear remains about the potentially damaging effects a fever could have on their child.

The action of a homeopathic remedy is two-fold : First there is the initial action, and that is followed by the healing reaction. As in the principle in physics of every action having an opposite but equal reaction, the two actions of the homeopathic remedy have this same sort of pattern. In acute diseases, such as intense fevers, it is the initial action which is much more prominant and visible in the action of the remedy, in contrast to long-term, slow moving chronic illness, it is much more the healing reaction which is experienced by the patient.

The initial action occurs almost immediately upon taking the remedy, and it is the moment in time where the energy of the disease is augmented by the energy of the remedy. Remember that the homeopathic remedy is given on the basis of the law of similars, meaning that the disease and the remedy are very much alike. As in the forestry practice of ‘fighting fire with fire’, the initial action is that moment where the planned fire comes into contact with the wild fire, and there is a temporary flare-up of the flames. 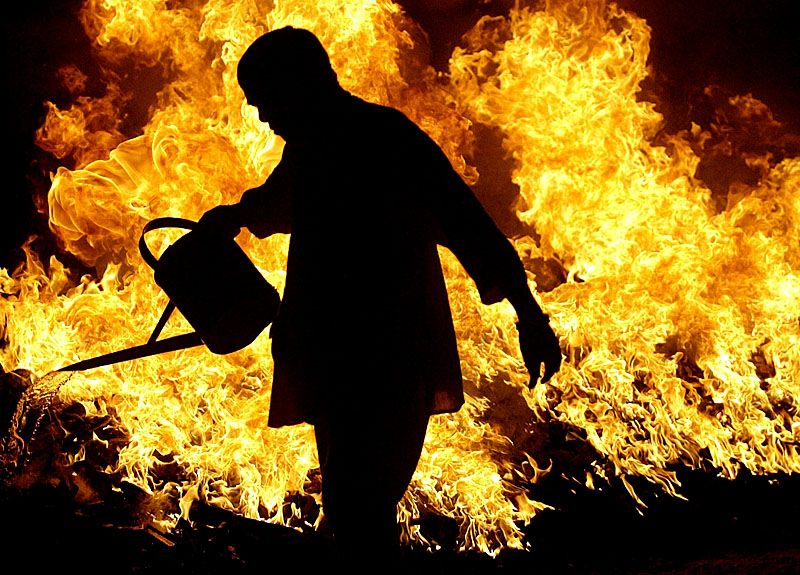 This leads us to the answer to our question, which is that for a temporary span of time (usually seconds or minutes, and in rare cases hours), the original disease symptoms will increase. In the case of a Belladonna-like disease, this may include the redness and heat of the skin, the delirium, and the vivid and palpable sensation of heat upon touching the patient’s skin. The actual thermometer temperature may or may not change at this point.

The question behind this question is getting at the concern for causing any undue harm to the child by increasing the fever. As I just pointed out, the actual thermometer temperature may or may not temporarily increase in a given case. More importantly, however, is not the issue of the temperature, in terms of a quantitative measure, but what is happening at a qualitative level in such a scenario.

To go back to the principle of similars, we need to remember that this is nature’s law of cure, and that there is an important distinction to be made between a disease state itself, and its symptoms. Giving Belladonna is addressing the disease state itself, which is the real thing to be concerned about. The fever and other symptoms are not the disease, but rather the body’s visible struggle with the disease. While a fever does need to be respected, and carefully observed, it is ultimately only a secondary aspect of this whole phenomenon. The fact that the body has the capacity to mount such a strong defence, and that it may be temporarily augmented by the initial action of the remedy is a sign of a very healthy immune system. This is a critically important point for helping parents switching their thinking from a quantitative way of looking at this phenomenon, to a more qualitative way.

Tagged on: photos, Treating a fever with homeopathy

2 thoughts on “Treating a Fever With Belladonna”