A funny thing happened on the way to writing this blog — as I was walking from my first day at Summer School, I was thinking about topics I could write about in today’s blog. The topic on my mind was the functional relationship between (creative) work, and rest, and the necessary relationship between the two.

Before I started to write, I made myself some tea, and wouldn’t you know it — the individual message written on the tea bag said “A relaxed mind is a creative mind.” Some coincidence, eh? At the very least, it confirmed for me that it was the correct choice to write about today. 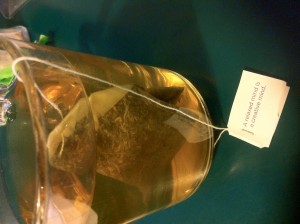 I’ve previously described the 4-beat life cycle, and the ultimate movement of it is first an expansion (the two beats of ‘tension’ and ‘charge’), followed by a compression (the next two beats of ‘discharge’ and ‘relaxation’). This overall cycle of expansion and compression creates a pulsation, which is the driving force behind all forward movement in life.

The rhythm between work and rest is further reflected within this 4-beat cycle, particularly in the fourth and final beat, or ‘relaxation’, which in any physiology beset by neurosis will not be fully completed. Our fast-paced, work-driven society is more often than not guilty of pushing this fourth beat further and further into obsolescence, and creating many forms of workaholism.

On that note, I’m going to leave that thought as is, and go out and enjoy the remainder of this beautiful summer evening!

Tagged on: Neurosis and workaholism, photos, The rhythm of creativity

One thought on “The Rhythm of Creativity”