This blog is part of a series; its original title was Heilkunst Basics : University, 2nd year (Emergence of the Nether Being)

Previously in this blog series, I’ve introduced the concepts of the deepest diseases (chthonic realm), and the highest diseases (ideogenic realm). As much territory as has already been covered in these blogs, they truly represent only the tip of the iceberg as far as these ultimate realms of disease extend. Looking at the eight mapped out remedies of the chthonic realm, or the range of hallucinogenic substances used in the treatment of the ideogenic realm is only the beginning of the incredible depths and heights beyond these introductory layers.

While an even further exploration of suitable medicinal substances is currently being researched to go deeper and higher into these realms, ultimately, it will be the capacity of the mind itself to grasp and reach into these phenomena directly as the ultimate expression of Heilkunst attaining its full therapeutic potential. 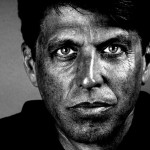 I recently visited the Miners Museum in Glace Bay, Cape Breton, where I participated in a tour of one of the old mine shafts. The working conditions that existed here, and continue to exist in other mining sites around the world are truly horrendous, and can only be equated with a form of slavery. I was absolutely fascinated to learn about one particularly significant unionized strike action, and the especially violent retaliation by the police which occurred on July 1st, 1923. Understanding the significance of that year in Heilkunst illustrates what was behind the phenomenon of the particular violence inflicted on these strikers at that point in time.

J. B. McLachlan, the Secretary-Treasurer of the miners’ union provided this report of the event:

in the most brutal manner, rode down the

people of Whitney Pier, who were out on

the street, most of whom were coming from

bility were proof against these brutes. One

old woman over 70 years of age was beaten

into insensibility and may die. A boy of nine

years old was trampled under the horses’

hooves and had his breast bone crushed in. A

woman, being beaten over the head with a po-

The child is dead and the woman’s life is

despaired of. Men and women were beaten up

inside their own homes.”

In 1923, towards the end of his life, Rudolf Steiner delivered a lecture entitled The Pathology Underlying Therapy, in which he introduced a radically new concept into his medical insights : that the human being is actually double, and that the “invisible man” within us underlies a complete understanding of our physiology and all of its polaric processes. This very same year also gave birth to Wilhelm Reich’s orgasm theory, which he spent his life developing to a tremendous depth and detail, and which acts as the master regulatory switch for this nether being, housed in our autonomic nervous system.

Phenomenologically, such an event as the violence surrounding the miners’ strike had to burst out at this point in history, as a representation of the emergence of this nether being into the light of day, demanding its rights to walk on the surface of the earth in freedom. We can also get hints about the deeper chthonic themes, and higher ideogenic themes surrounding this event by closely examining one of the dangerous elements of the working conditions in the mines:

Every age in human history unfolds through particular cultural, industrial, and technological developments, and when viewed from a higher phenomenological perspective, reveals the inner workings of the evolution of consciousness which are manifesting at that moment. Training our mind to see cultural and even our own personal life events in this way helps to raise our consciousness, and reveal the path we are meant to unfold for ourselves.

One thought on “Emergence of the Nether Being”