When working with a patient, my goal is always to convey what we are doing, and why, in as clear and unambiguous a language as possible. The danger in any profession, is that the technical jargon can begin to seriously cloud the intended meaning in the mind of the layperson, and leave them feeling some combination of confused or frustrated. 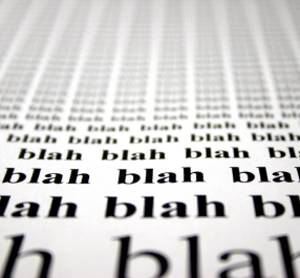 Science, itself, must follow this same ideal as absolutely as it can. The existence of any field of science is dependent on an expression of terms and concepts which are unambiguous, and not open to interpretation. The goal in each field of science is to create a body of knowledge which is universally accessible to anyone who applies themselves towards correctly learning its language, and which is therefore independent of any one single researcher. The root of the word ‘communicate’, after all, is ‘to commune’, and so, the success of a scientific community is dependent on how clearly it is able to communicate its findings. What is expressed cannot contain any assumptions, presumptions, or ambiguities.

Similarly, within healthcare, it is part of the spirit of our modern age to deliver different treatment modalities within such a scientific context. There are still any number of gifted “healers” (such as medical intuitives, or those who have innate hands-on healing abilities), who offer their services to their community at large, but to a large degree their gifts remain solely with them, and end up being taken with them to their graves.

This mode of clearly communicated concepts in science is the same goal I strive for with my patients — that the practical and conceptual issues they are dealing with are grasped in a way in which they can be fully comfortable in whatever decision and course of action they choose for their health. To the degree that clarity is not present in the mind of a patient, they become susceptible to being driven by emotions (usually fear), and therefore they may wish to turn over their decision to being made by an external authority. In this vein, I take the role of educator with my patients, rather than that of an authority. When this process is working at its best, the parent is given the gift of an opportunity for a truly “informed consent” in their treatment.

Medical Heilkunst represents the first form of natural medicine to follow these ideals of clarity of scientific language. While many of the terms in Heilkunst often don’t sound like plain English (in fact, many of them are German!), a big goal I’ve had with this blog series is to make them as clearly understood as possible. Please let me know if there are any Heilkunst terms which I use that you are still unclear about, and I’ll devote a blog to clarifying them.

Tagged on: Dispelling confusion and jargon in Heilkunst, photos, The language of science