If a contestant on a TV game show had to correctly answer the question “What is the single most important concept in the system of medical Heilkunst?”, the answer would have to be “Resonance”. This is a term which is in common usage, as far as people expressing what it is that they feel a connection with in their life. One may say that they resonate with a particular person, activity, or even an idea.
This concept of resonance appears at the base of all aspects of Heilkunst, from its higher level concepts, down to how they are implemented in a therapeutic context. The very nature of a life science is that it must be primarily involved in observing how living things function, and the idea of resonance, or even more simply ‘relationship’ is an essential quality of everything which is alive. To understand any given life function, then, means to study it in terms of a polarity between two entities, or between two distinct aspects of a given entity. It “takes two to tango”, after all, and all life functions are truly a form of dance. 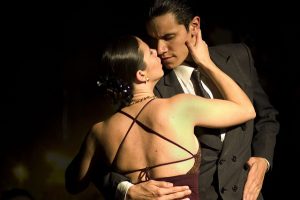 At some point in the education of every young musical student, the seemingly magical phenomenon of resonance through sound is illustrated. A particular note on one instrument is sounded, say the ‘A’ on a piano, which causes the same note on a nearby instrument, say the same tuned ‘A’ string on a guitar, to spontaneously start ringing along in sympathetic resonance. The more dramatic example of this is when the operatic soprano sings a particular pure high note, and shatters a wine glass, as the structure and frequency of the glass has a resonance with the particular musical pitch being sung.

The concept of how resonance functions within a friendship is expressed by the quote : “A friend is someone who knows the song in your heart and can sing it back to you when you have forgotten the words.” This actually begins to allude to how some of the medical applications of resonance within Heilkunst can be applied at a therapeutic level.
One of the most famous aspects of homeopathy is its principle of cure, which is expressed as “like cures like”, or “the law of similars”. A more precise way of expressing this natural law of cure would be “the law of similar resonance”. This means that a certain medicine will have a curative effect on a given disease when they are highly similar to each other. Here, too, you might think of the image of the wine glass being shattered with just the right musical pitch delivered at the same resonant frequency.
Knowledge of the law of similars as nature’s curative law extends far back into the very beginnings of recorded medical history. Even in ancient Greece, when Hippocrates described it, knowledge of it had already long existed within the history of medicine. The fundamental issue with the law of similars is that its power to cure is equally matched by its power to cause harm where the dose is not optimized. Since knowledge of how to optimize the dose of such applications of similar medicines was lacking until relatively recently in medical history, medical philosophy and practice has systematically avoided its use, and focussed instead on the safer, but non-curative law of opposites. This is why, for example, so much of modern medicine uses drugs beginning with the prefix ‘anti- ’, such as ‘antibiotics’, ‘antidepressants’, and ‘anti-inflammatories’.
Every system of medicine contends with the same fundamental issues of safety and efficacy, and the questions of dose and potency get to the heart of this. This becomes an especially critical issue in the case of applying medicine based on the law of similars, where the potential of harm is quite magnified.
It was one of the strokes of genius of Dr. Hahnemann to develop his method of dose and potency (the dynamization of medicines), which allowed for the law of similars to be delivered in an optimal form, which was both safe and effective. The marriage of pure observation of nature with the pure capacity for reason is what allowed Hahnemann to rescue the law of similars out of the dustbin of history, and actually render it usable.

2 thoughts on “The Law of Similar Resonance”