The big questions of truth and knowledge which are formally grappled with by science, are also experienced at another level by individuals in a much less formal way. The issue of how we come to know something rather than simply believe it is not merely a game to entertain barstool philosophers, but an all-important question which everyone may be challenged to answer for themselves at some crossroads in their life.
This question of knowing is generally not explored by most people, most of the time, as it is believed to be a question that we don’t have the capacity to answer, anyway. Unfortunately, if you scratch below the surface of modern science, the same belief is held there, too, and the default methodology of “empiricism” has replaced the much more important quest for truth and knowledge.
There are any number of experiences which might elicit a desire in someone to delve into such questions, when they suddenly feel that their reality which they thought they understood suddenly turns into a bunch of question marks. I can think of many of my patients, along with myself, who have had this kind of experience triggered from our individual experiences with homeopathic remedies, and the shifts which they triggered in our bodies and in our lives in general.
To have such a dramatic and concrete experience brought about by a remedy which supposedly has “nothing” in it, begins to unravel the underlying belief system of what matter and energy is, in the first place. All of the mechanical, as well as mystical explanations begin to satisfy you less and less, as the quest draws you in further to explore different sources of knowledge which may start to shed some light on how the universe really works.
These tiny cracks, or experiences of anomalies are usually easy to ignore, but occasionally when you trip over one and land flat on your face, you are faced with the choice of continuing the old pretence, or letting it all go to see what you are able to discover. 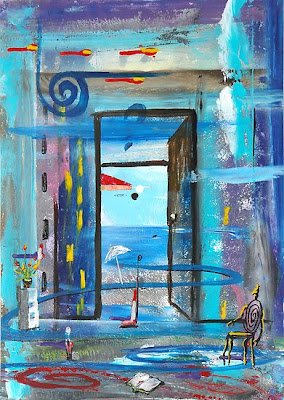 As Winston Churchill said, “Men occasionally stumble over the truth, but most of them pick themselves up and hurry off as if nothing ever happened.”
Which anomalies or cracks in reality first opened up your mind to seek something outside of the normal explanations of things?

Tagged on: photos, Stumbling over truth and taking a good look, The cracks in reality

3 thoughts on “How Many Anomalies Did You Stumble Over Today?”