The more you study and understand how our physiology works in a state of health, the more you see that every aspect of it functions through living polarities. To study any function in isolation, under this understanding, quickly feels one-sided and incomplete. The student of dynamic physiology, then, is always waiting for “the other shoe to drop”, every time they hear about a single physiological function, until they discover what its polaric function is.

An example of this is in the way our immune system functions. The underlying concept of our entire immune system is of ‘true identity’, as we experience through ‘self and non-self’. The broadest polarity of the immune system, then, is between the two aspects of our ‘Innate’ immunity, and our ‘Adaptive’ immunity.

The innate immunity is more general, and is that which is already hard-wired into our physiology, such as our capacity to generate a fever, or some of the other physical barriers of our outer immune system, such as the mucous membranes. The adaptive immunity results from our various experiences of overcoming infections, and results in more specific immunity.

A further polarization of the adaptive immunity is between the natural and artificial means of how it is acquired. The naturally acquired immunity itself polarizes into ‘passive’ and ‘active’, where the former are the immunity factors received from the mother by the fetus, and the latter are the result of the individual overcoming an infection themselves, and producing their own immune cells.

The artificial forms of adaptive immunity also further polarize into a ‘passive’ and ‘active’ form, where the former involves a donation of immunity cells from a host to a recipient, and the latter aims to induce an immune response such as in the intention of vaccination, or the much safer and efficacious method of homeopathic immunization (known as homoprophylaxis).

There’s a further level of polarization within the immune system, which is between the humoral immunity, and cell-mediated immunity. This is another level at which there is a distinction between specific and general immunity. Since these two functions are closely related to each other, the attempt to artificially increase the humoral immunity through vaccination actually decreases the health of the general response of the cell-mediated immunity.

Without a concept of polarity, any one-sided approach to healthcare tends to cause unintended consequences and often ends up causing more harm than good. Beginning to unpack all of these polarities of the immune system can seem at first like the endless chain of Russian dolls inside of each other. 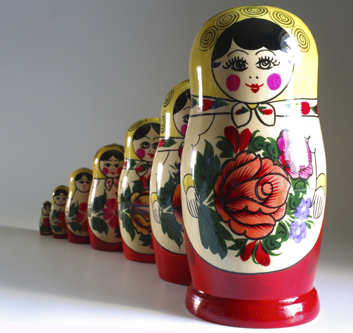 Tagged on: How does the immune system work?, photos