There is a divisive force which runs through our world. Not only are groups of people separated by it, but individuals are also divided within themselves. The duality of human consciousness, which aims to be integrated into a whole, is instead fragmented. This phenomenon is built on the exact same split that is observed in the medical condition of schizophrenia (which literally means “the splitting of the mind”). This split is suffered by everyone in a variety of ways, including the many forms of anxiety that my patients describe to me, as well as all of the neurotic blockages which keep us from experiencing the flow of life fully.

Sometimes, an intense example of this appears in the form of the mid-life crisis, in all of its external and internal forms. The external form has been portrayed both comedically and dramatically many times by Hollywood, for example, in the acquisition of flashy sports cars, and sudden or dramatic changes of relationships. The internal form is generally much less visible, and is about confronting the realization that they are a stranger to themselves. The “empty outer shell” of their life is connected to feelings of loneliness, desperation, depression, and even recklessness. 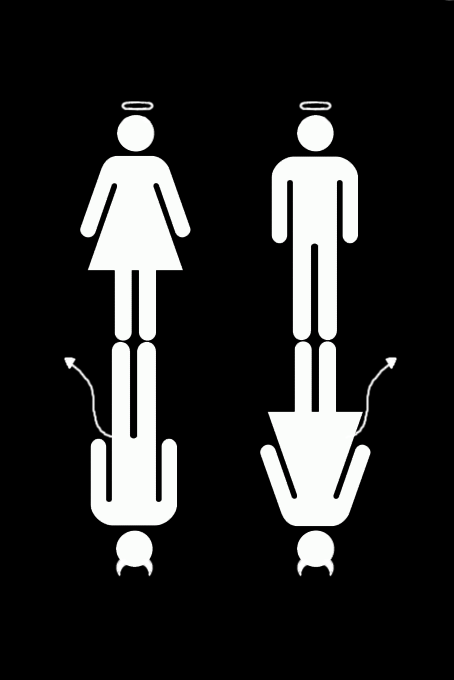 The field of health care is another primary illustration of this division, where we have, on the one side, a materialistic and mechanistic form of medicine (“conventional Western medicine”), and on the other side, a mystical or energetic approach (“alternative medicine”, “energy medicine”, etc.). Patients often feel that they must compartmentalize, to keep each side of their healthcare from co-mingling with the other — they often tell us in the clinic that they haven’t told their doctor they are also undergoing Heilkunst treatment, for fear of their reaction. This feeling of a “secret life” of a person’s health care may be carried on as if it were an extra-marital affair.

The Public Education system, is also an example of the mal-effects of our schizophrenic split. Students are forced to stream either into a left-brained curriculum (maths, sciences), or a right-brained curriculum (literature, music, arts) — as if the 2 worlds are not mutually enriching. This further deepens the schizophrenic split of our minds.  Sir Ken Robinson speaks about this failure in this Ted Talk video:

Tagged on: It takes two to tango, photos, The schizophrenic split