A fascinating presentation of Heilkunst occurs on the TV show The Dog Whisperer (With Cesar Milan). To the untrained eye, he appears to just be doing “magic tricks” by getting the misbehaved dogs to follow his commands, but if you understand Heilkunst principles, you will see that he is actually delivering a form of therapy to the dog’s owners — the dogs behaviour is just an externalization of all of their diseases and neuroses. 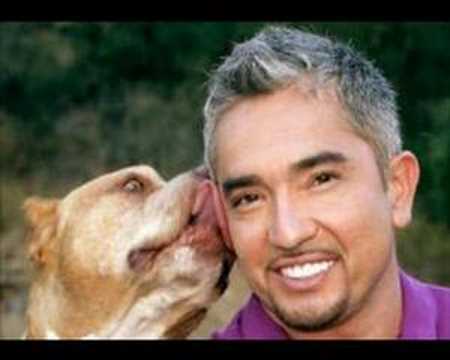 As he says in every show, “I rehabilitate dogs, I train people.” This is so appropriate, once you understand that domesticated animals take on a function of absorbing all of the unresolved diseases and patterns of neuroses of the owner. This is the reason that in veterinary Heilkunst, the treatment needs to be focussed on the owner just as much, if not more than the animal in question. The number of stories of humans and their animals who come down with the same diseases and symptoms at the same time is astounding.

One of the most common running themes in the episodes of this show is that the human needs to learn to take their proper role as leader of the “herd” (What Milan calls a “calm and assertive energy”), so that the dog can let go of their anxiety, and just be a dog. Many of the characters who come onto the show with their dogs have an incredibly difficult time in taking up a natural stance of leader, as their neurotic patterns keep them from being able to step comfortably into this position. The damage that they do to their dogs becomes quite obvious on screen, when they do all kinds of things which are attempts to make the dog a human, instead of allowing it to fulfill its natural role as a dog.

Looking at the dynamic physiology of the human compared to the dog, while three bodies are shared (physical, etheric, astral), the fourth body of the human (the ontic) is unique, and is what sets us apart from the animal kingdom. The function of the ontic in the human is what allows them in their natural stance to take command over the dog, and to be a proper master. The issues of neurosis are specifically lodged in this fourth body, which is why the addition of a pet to a household will only amplify where there are blockages or weaknesses in the humans, as the dog fulfills its role of displaying them for all to see.

The idea of bringing in a dog trainer to “fix” the dog, is therefore usually unsuccessful, unless they have the concept that Cesar Milan does that it is the human which needs to be “fixed”, and then the dog will naturally gravitate back into its natural functioning.

Tagged on: photos, The dog whisperer, The healthy relationship between human and animal

5 thoughts on “Heilkunst on TV : The Dog Whisperer”