Early on in his career as the founder of medical Heilkunst, Dr. Hahnemann realized that both the treatment as well as prevention of a disease involved the same law of nature, which is the law of similars. Prevention, of course, is a much better route to pursue in healthcare whenever possible, and is why it is said that an ounce of it is worth a full pound of cure. His essay “On the prevention and treatment of Scarlet Fever” in 1801 fully illustrated his thought process and observations he made while treating families through recent epidemics of Scarlet Fever, which was a very common infection at that time. In this essay, there are introduced a number of elements of Hahnemann’s thoughts about medicine, which were further developed and elaborated in his later works, such as The Organon, and Chronic Diseases. His criticism of the ‘Old School’ (allopathic medicine) included his rejection of the treatment methods for scarlet fever, in which a drug or treatment was prescribed for each individual symptom, rather than a single well-matched (ie homeopathic) remedy for the entire picture of the disease presentation. The allopathic approach not only did not cure the scarlet fever, but created many side effects, and even hastened death in some cases. While Hahnemann had documented a tremendous degree of success in the treatment of scarlet fever with his emerging homeopathic method, he reasoned that it would be even better if he could find a reliable method for preventing it in the first place. He had many opportunities to test his idea in families where 1 or more children had contracted scarlet fever, while the other siblings had not yet. His idea was that the remedy which had proven successful at aborting the disease in its earliest stage (which proved to be Belladonna in this case), should be the same remedy which would be reliably effective at preventing the disease from taking hold in the siblings who hadn’t yet shown signs of scarlet fever. 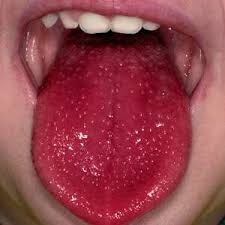 Not only did this practice prove to be effective in every family he treated, but he also had the chance to observe that it had worked for a child who had been taking Belladonna for an issue on the joints of her fingers had ended up avoiding contracting scarlet fever, where her siblings had succumbed. This was notable, as this girl had always been the first to contract any contagious disease which was going around. By putting the pieces together of Hahnemann’s various concepts in all of his writings, we can extend his conclusions in this essay to differentiate between homeoprophylaxis, and homoprophylaxis. There’s only 1 letter different in these two words, but the former relates to a form of homeopathic immunization which is based on matching the general symptom picture common to the disease being prevented, where the latter word relates more to the underlying disease itself, which exists even before any symptoms show up. Hahnemann’s use of Belladonna was an example of homeoprophylaxis, as its selection was derived from a study of the symptom picture of scarlet fever, where a modern Heilkunst approach understands that the nosode (Scarlatinum) is an even more direct and reliable approach to prevention.