No matter what type of healthcare modality, whether a drug, herb, homeopathic remedy, or a therapeutic manipulation of the body, there are only three possible outcomes on a given disease in a patient. These are : cure, palliation, or suppression. There are no other outcomes possible. The challenge is, that most patients have adopted an attitude towards health care which is based on a “quick fix” mentality, and one which is focussed only on the symptoms and their removal.
Another way of thinking of these three possible outcomes is as a function of direction it is taking — either it is being pushed further into the organism (in the case of suppression), it is being pushed further out of the organism (in the case of cure), or it is not moving in either direction while the symptoms are being calmed down (in the case of palliation). Left to its own devices, disease follows the path of suppression, and is always attempting to burrow further into the organism. Our body functions like a kingdom, rather than a democracy, and the direction of cure is related to the relative ‘nobility’ of the organs, where the direction of cure moves a disease from more to less noble organs (eg. from the lungs out to the skin), and the direction of suppression moves a disease from less to more noble organs (eg. from the kidneys to the heart).
The first of two scenarios best suited to palliation are terminal, end-of-life situations, where palliative care is employed to make the patient as comfortable as possible (death bed medicine). The second scenario is one of a longer treatment plan where the underlying chronic disease(s) cannot be cured all at once, and so in the process of doing so, it may be necessary to use palliative approaches for the symptoms, while their root diseases are being cured.
For the most part, suppression is not an advisable approach for any aspect of healthcare, with the possible exception of emergency medicine (life or death circumstances), where an injury, or other dangerous disease process needs to be opposed quickly in order to stabilize the present situation. Whenever a suppressive approach is used, it is usually best to work to reverse its effects after the fact, to undo any damage or deepening of the disease process. Most of Western medicine, and even natural medicine is often based on a suppressive approach, as witnessed by all the forms of “anti-“ drugs, such as anti-biotics, anti-inflammatories, and anti-depressants.
The third direction of treatment (curative) is obviously the holy grail of medicine, and the desired path whenever possible. The homeopathic principle of similars, of course, is the natural law of cure, as applied in its multiple dimensions. In the case of acute illnesses, the results tend to be very quick, while in long-term, chronic illnesses, the full cure can tend to take more of a process of time. 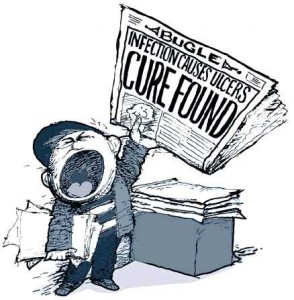 A combination of observing the direction which the disease goes and the principle which was applied (similars or opposites?), along with an observation of the change in the overall health of the patient, will be a certain predictor of which of the three approaches was applied in a given case.

Tagged on: photos, The direction of cure

2 thoughts on “Determining the Direction of Cure”