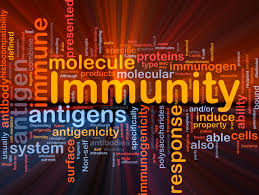 One of the reasons that Arcanum has offered a free annual community service related to winter health, and the homeopathic immunization for influenza, is to be able to re-educate people about the much greater importance of the general immune system over the specific immunity promised by vaccination or equivalent methods. The illusion which is created by the vaccine-pushers (or one of the illusions), is that once you have your “flu shot” for the year, that you are protected from all winter health issues. It is the illusion that “health comes from a needle”, rather than a long-term engagement with lifestyle, diet, and other deeper approaches.

When explaining this to patients, I ask them to imagine the analogy of military boot camp. Before being sent off to fight in a war, the soldiers are run through some very trying conditions at home in order to simulate the conditions that they will shortly find themselves in. Crawling under and over barriers of an obstacle course, through the mud, having rubber bullets fired at them, are all designed to stimulate their minds and bodies to understand and be prepared for a real war situation. This is analogous to specific immunity – the foot soldiers are trained to deal with a very specific kind of situation, as anticipated when fighting a particular enemy. If it turns out that the actual conditions in the real war are completely different from boot camp, then these soldiers are going to be useless in the face of the unexpected situation they find themselves in. 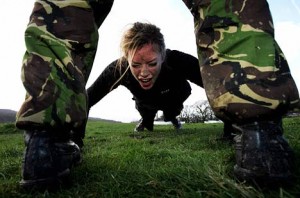 Staying with the military analogy, you can think of the general immune system as coming from the higher ranked (and presumably more intelligent) officers. They have their position due to their greater ability to creatively and intelligently adapt, and deal with brand new situations despite not having any specific training to help them. No matter what surprises come at them, they will increase the chances of succeeding against the enemy, no matter what form and tactics they take.

The general immune system, though, tends to be a lot less popular in healthcare, because it actually requires sustained effort to build up and maintain. The all-too-popular approach of inducing specific immunity is the byproduct of a “consumer” culture, which is used to grabbing a quick, off the shelf solution which takes little to no effort on their part. But once you understand the real implications of this, you will be motivated to do everything within your power to continually work on your general immune system, and only resort to specific immunizations when you feel that there is an immediate potential threat to you or your family.

Tagged on: health doesn't come from a needle, photos, The importance of general immunity over specific immunity

One thought on “Introduction to Two Types of Immunity”