“All truth passes through three stages. First, it is ridiculed. Second, it is violently opposed. Third, it is accepted as being self-evident.”
-Arthur Schopenhauer, German philosopher (1788 – 1860)

A fascinating moment in the history of Heilkunst and the study of life energy was when Wilhelm Reich and Albert Einstein engaged in a correspondence and a couple of meetings to discuss Reich’s initial discovery of a source of life energy, which he called ‘orgone’. Einstein was initially quite enthusiastic about Reich’s experiment, and took some of his equipment home to repeat the experiment himself. He initially corroborated Reich’s findings, but later went back and provided a flimsy rebuttal on purely mechanistic grounds. There are complexities to this incident that go beyond the pure scientific questions posed here, but I will limit my scope here to the scientific questions. 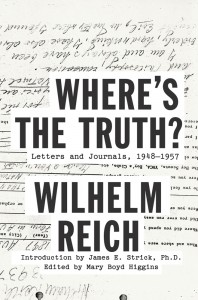 Reich’s simple experimental set-up was to demonstrate that cosmic orgone energy could generate a rise in temperature without any other obvious sources of heat present. The implications of this discovery was, in Einstein’s words, “a bomb in physics”. Even quantum physics ultimately hits the same dead end as classical (or Newtonian) physics which is that it is constrained by the same mental structures as a mechanistic view of the world.
This dead end exists due to the dead end of the character structure of most physicists, including Einstein. Despite his highly celebrated brilliance, he was unable to hold the charge of the implications of Reich’s experiment, which would not only be a “bomb in physics”, but a complete revolution to our fundamental world view. This event with Einstein troubled Reich for a long time, and he referred to it as “the riddle”. He came to understand later that it was Einstein’s character structure which limited him from being able to accept the findings which were demonstrated before his own eyes, and likewise, what keeps anyone from simply accepting a self-evident truth, rather than attacking it as is often witnessed in different realms.

What Reich called “the emotional plague reaction” describes this type of irrational behaviour, where the nature of accepting a truth means that a person needs to be able to go through a living, expansive process, as part of taking in the new truth. Due to the armoured structure of most people, a full expansion is actually painful, and so in defense  they turn and attack the object which inspired this expansion in the first place — “shooting the messenger”, as it were. I’m sure you can come up with any number of examples from your own experience (either witnessing yourself, or those around you), of getting really hot under the collar at some new fact or truth. Avoiding the pain of the expansion can take on many forms, and defensive patterns, and part of the true goal of health is to eliminate this as much as possible, so as to be able to take in life and its truths to the fullest extent possible.

Tagged on: "You can't handle the truth!", Ability to handle the charge, photos, The Einstein Affair

2 thoughts on “The Einstein Affair : Why Truth Can Be The Hardest Thing to Accept”