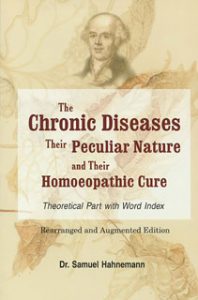 As I’ve explained before, a precise use of language is necessary for a scientific community to properly communicate with each other. If we don’t stop to really think about it, there isn’t much of any difference attributed between the verbs “cure” and “heal”.

Taking a peak into Dr. Hahnemann’s Organon, in aphorism #63, he explains:

Each Life-impinging potence, each medicine, alters the tuning of the life force more or less and arouses a certain alteration of a person’s condition for a longer or shorter time. This is termed the initial action. While the initial action is a product of both the medicinal energy and the life force, it belongs more to the impinging potence of the medicine. Our life force strives to oppose this impinging action with its own energy. This back-action belongs to our sustentive power of life and is an automatic function of it, called the after-action or counter-action.

What he is saying here, is that it is the cure which belongs to the medicine, while it is healing which is accomplished by our own life force. He also particularly mentions the ‘sustentive’ power here, which is the side of our life force responsible for healing, while the ‘generative’ power, which he mentions elsewhere in The Organon, is both what is susceptible to disease in the first place, and also where the curative medicine is acting.

So many patients have gone through all forms of “healing work” before they start Heilkunst treatment, but until those original diseases are actually cured with the correct remedy, they block that portion of our generative power from fully activating itself. I have seen many times over how patients who have previously believed themselves to be “healed” from particular issues to find that there is still much content which erupts from the full curative and healative process of the remedies.

Tagged on: photos, The difference between healing and curing