This is the response to my first reading of Wachsmuth’s book “evolution of mankind”, on the basis of my own personal impressions and reflections. Where Wachsmuth’s scope is quite broad over historical time, and the scope of his book covers much territory (both literally and figuratively), my preliminary remarks below will be far from comprehensive. My point of view is from my own personal connections and associations made from my general life experience, and my particular knowledge linked to the theory and practice of medical Heilkunst. There are so many topics raised by Wachsmuth which could continue to be explored and expanded on over time, which will not all be represented in my reflections below. 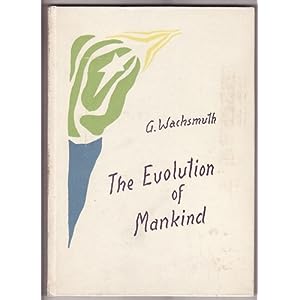 The nature of the evolution of consciousness is that there is no stage of development which is “better” or “worse” than another — they are all part of a whole, just as the stages of development of an individual are all necessary components of their total development — the stage of being a toddler is no more or less important than any of the later stages of being an adult. The allopathic view of history presumes a continual progression from lesser to greater development of human mastery over the world, and that our current stage of development is the highest cultural and technological form yet.

Our varied (over time) cognitive capacity, including that of supersensible versus sensible perception is intimately tied in with human development, which is in turn tied in with the geological, cultural, and political shifts and developments over the surface of the earth since the beginning of human history. When reading Wachsmuth’s description of the cultural development of Switzerland, and how a blended meeting of different cultural orientations in the pre-history of Northern and Southern Europe, I wondered if this is what accounts for Switzerland’s modern political stance of “neutrality” on the world stage.

Also, the shifting of the continents at different phases of evolution allowed for different conditions of human development and geographic migration. The remnants of much older phases of consciousness still exist in certain pockets around the globe, as if frozen in time. Along these lines, it is interesting to me that the current disposition of the continents allows for a continuous walk around the globe, illustrating our current global trend towards an emerging “one world government”. This capacity for a continuous journey by foot around the world is currently being illustrated by Karl Bushby, who set out from the Southernmost tip of South America, and will plan to eventually return to his home in England after several years on foot (see www.odysseyxxi.com).

Tagged on: Anthroposophy and Heilkunst, photos, The evolution of human consciousness