Continuing with the next aphorism, Hahnemann expands on the principles we examined from aphorism #228. The demeanor, stance, and force of personality which the physician applies to the patient are not trivial, and need to be applied consciously, just as the choice of medicine and its dose and potency.

229.1 On the other hand, contradiction, eager agreements, violent reprimands and vituperations, as well as weak, timid compliance are entirely out of place with such patients, being equally deleterious treatments for their psyche. 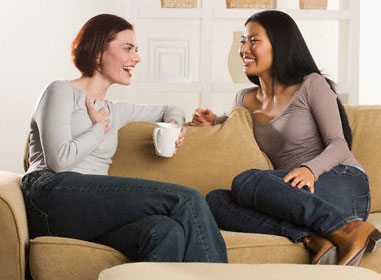 In other words, it is not the job of the physician to befriend the patient, but to apply a concerted effort to destroy any of their diseases, and restore their health through tough love, rather than false friendship. As Wilhelm Reich once said, “It’s part of my respect for people to expose myself to the danger of telling them the truth.”

229.2 However, they are mostly embittered by scorn, deceit and noticeable deceptions and their disease aggravated.

229.3 Physician and overseers must always assume the appearance of crediting them with reason.

Likewise, one of the most important assumptions for the physician to to hold is that the patient, despite their present disease and/or behavior,  can become healthy, given the correct application of remediation. One of the most tragic aspects of allopathic medicine is the often held belief by doctors that the patient “will just have to learn to live with their condition for the rest of their life.”

229.4 On the contrary, we should seek to remove all kinds of external disturbances to their senses and mind; there are no entertainments for their befogged spirit, no beneficient diversions, no advice, no soothing words, books or objects for their indignant soul, languishing in the fetters of the sick body, no refreshment for them except cure; quiet and comfort radiate back onto their spirit [footnote: The cure of lunatics, maniacs and melancholics allows itself to be accomplished only in a specifically arranged institute, but not in the patient’s family circle.] only once their somatic condition is retuned towards improvement.

This principle also applies to the current fad for “positive affirmations”, which likewise are not capable of removing any actual diseases, and in fact, may be detrimental as Hahnemann points out here, by creating a distraction from the focus which should instead be on clearly identifying and then curing the disease. If the physician is not clear on the principles to begin with, and then makes things even worse by not standing in proper relationship to the client, then we see a medical system built on suppressive or palliative means, instead of curative.

Tagged on: Guidelines for how to treat the patient, photos