I’ve shared with you in previous blogs the idea of each disease having its own unique state of mind, which must be diagnosed and matched with a similar remedy in order to be cured. Whether we are discussing health or disease, the same is true that there is a fundamental state of mind which governs exactly how it manifests. There is no such thing as a ‘neutral’, or ‘bias-free’ observation of the world (which is the illusion of ‘empiricism’), but our entire perception of the world is a function of our state of mind (which is usually unconscious to our self). 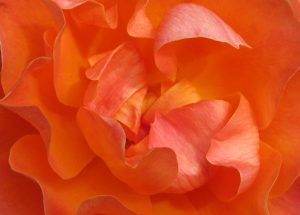 State of mind, or consciousness, is the basis of the whole universe. “Man is the measure of all things” is an expression which is quite true, especially if framed in these terms of mind and consciousness, rather than the usual outer (physical) forms by which we measure our world. I wrote a couple of days ago about examples of state of mind in popular culture, and in my example of the Mac vs PC state of mind, how a computer (or any technological object) is not simply a physical object, but a representation of a particular state of consciousness. This is a big key, by the way, to understanding how something like the Inergetix-CoRe system can be so effective at revealing what is happening deep within someone’s consciousness — The better that the practitioner understands all that makes up the computer and the CoRe system, the better they can be at using it proficiently as a diagnostic tool.

On your journey of healing and curing, the more that you can grasp the essence of your own state of mind, the further you’ll be able to develop as your essential self. It is not only disease which has a state of mind, but also every progressive stage of health. The more consciously one engages with such qualitative questions, the greater will be their potential to unfold their fullest state of health.